Apple could be ditching its Lightning adaptor in favour of a USB-C, making old Apple cables redundant.

Apple’s forthcoming iPhone 11 could ditch the Lightning port, a key feature of the iPhone since 2012.

A screengrab of the new recovery mode screen in iOS 13 – the next version of Apple’s iPhone software – appears to confirm this rumour.

Rumours have been circulating for some time that Apple had plans to replace the Lightning port with an Android-style USB-C port.

Apple has already moved to the USB-C cables for its iPad Pro.

The change, if implemented, would render all current Apple chargers for iPhones useless for the upcoming model.

In the image, the Lightning cable shown in iOS 12 has clearly been replaced with a USB-C cable. 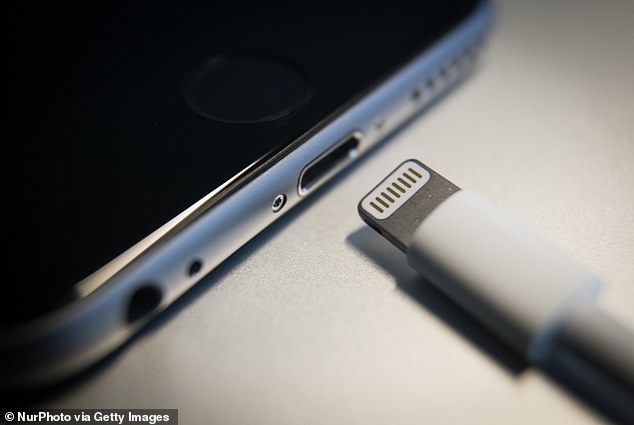 The iOS 13 download isn’t out properly just yet – it’ll release with the new iPhone in September – but fans can access an early ‘Beta’ version of it via Apple’s website.

According to the screenshot, posted on Twitter by Raphael Mouton,  the familiar Lightning cable and iTunes icon that appeared on the iPhone screen in previous iOS versions isn’t there anymore.

In earlier versions of the operating system, the cable could be seen pointing to the iTunes logo during a restore from a computer.

This has been tweaked to show a generic silhouette of a laptop, likely because syncing with a computer will be handled in the Finder, now that iTunes will be split into Music, Podcasts and Books.

USB-C is the universal standard connector for many laptops and Android phones and is currently used by the Samsung Galaxy S9, Google Pixel 2, and OnePlus 6.

The latest iPad Pro also has this new socket and Apple already sells a Lightning port to USB-C charging cable.

Apple chargers sell for roughly £20 (GHC136.31) for an official cable and replica versions are also available for far less.

USB-C was launched in 2014 and has become the go-to cable for many emerging gadgets.

It allows these devices to charge up much faster than previous versions of USB, which could only handle a limited amount of power.

Since Apple introduced USB-C to its iPad Pro in 2018, many Apple fans have been hoping that the next generation of iPhones will also feature the technology.

Apple moved away from its original 30-pin connector in 2012 when the lightning cable emerged with the release of the iPhone 5.

Existing docks, adaptors and other plug-in accessories will be incompatible should the change go through.

Faced with the prospect of more incompatibility issues, Twitter users have previously voiced their complaints about the purported change ahead of the Apple launch event next week.