Kuulpeeps – Ghana Campus News and Lifestyle Site by Students
Home TRENDING News Facebook Will Pay You To Let It Monitor What You Do On...
Facebook
Twitter
WhatsApp

Facebook will begin paying people to monitor how they use their phone through a new app called Study.

The app will monitor which apps are installed on a person’s phone, the time spent using those apps, the country you’re in, and additional app data that could reveal specific features you’re using, among other things. Facebook says it won’t see any specific content, however, including messages, passwords, and websites you visit.

Study’s launch comes several months after the company’s last user-tracking research app, Facebook Research, was shut down due to a pair of controversies: as TechCrunch reported, the app was marketed to teens, and on the iPhone, it relied on a special certificate that allowed the app to circumvent the App Store and gain deeper access to the phone, in violation of Apple’s rules. It was shut down in January.

The launch of Study shows that Facebook clearly feels that it still needs this data on how people are using their phones, and also that Facebook has learned a thing or two from the last controversy. 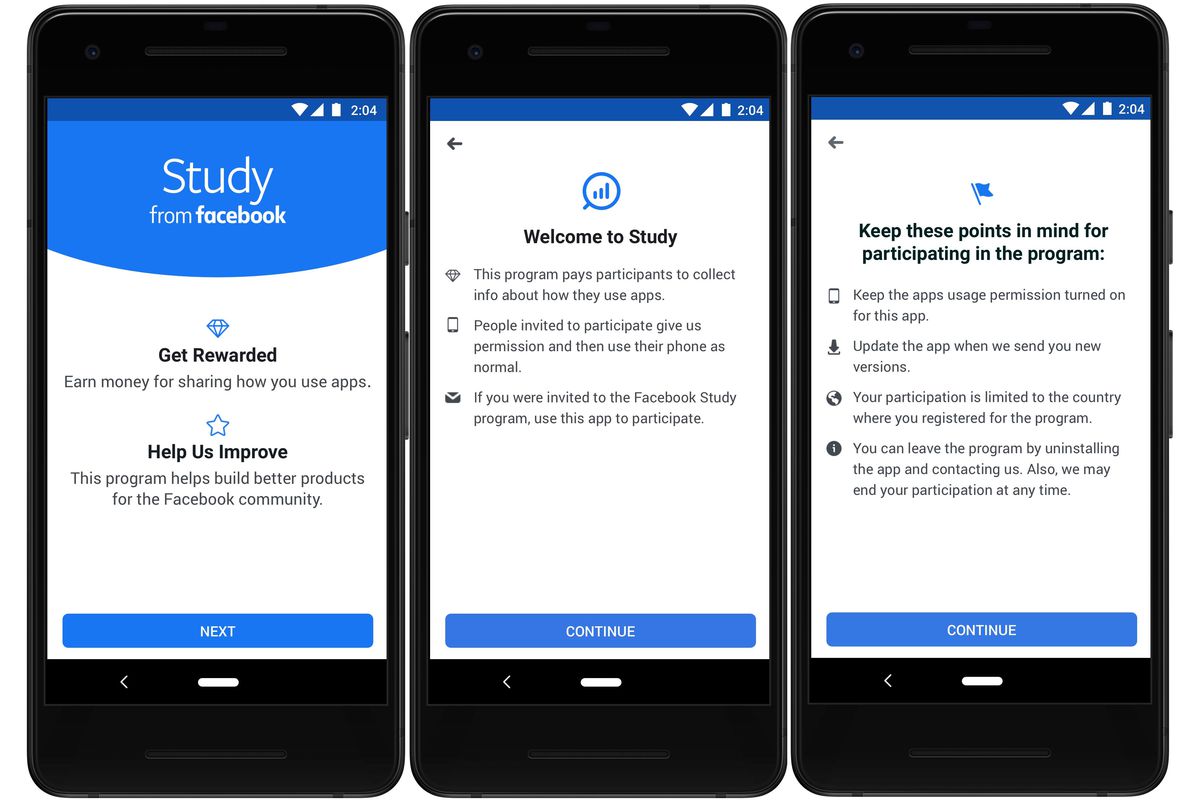 Study will only be available to people 18 and up; it’ll only be available on Android, where deeper phone access can be granted by each user; and it’ll open with a series of screens describing what type of data the app collects and how it’ll be used.

Users age will be verified by referencing the age on their Facebook account; participants must also have a PayPal account to get paid, and PayPal also has an 18 and over requirement. Facebook says it will reference other data it knows about you when analysing data from the app, but data from the app won’t otherwise be linked to your account or used to target ads to you.

Facebook doesn’t say how much it’ll pay people to use the app, but a blog post says that “all research participants are compensated.” It’ll launch in the US and India. Not everyone will be able to sign up for Study. The company will target you through an ad, and if you see one, you can click to sign up.

A spokesperson declined to comment on how much people will be paid and who will be targeted with invitations to use the Study app. They said that the list of information the app collects is exhaustive, and that other information is not collected.