We won’t even mince words here. Ah, what sort of ending is this??!!!! Rant dierr we will rant but let’s take a moment to laugh at all you theorists who had a million theories about Game Of Thrones but they never saw the light!!!!

The whole time you guys were theorizing, this was the writers and the GOT cast:

Those of you who thought Littlefinger wasn’t dead…Why did y’ all even think that?!

how do you feel now?

He didn’t even get an honorary mention!

And those who for some reason thought Cersei didn’t die…

This was proof enough huh 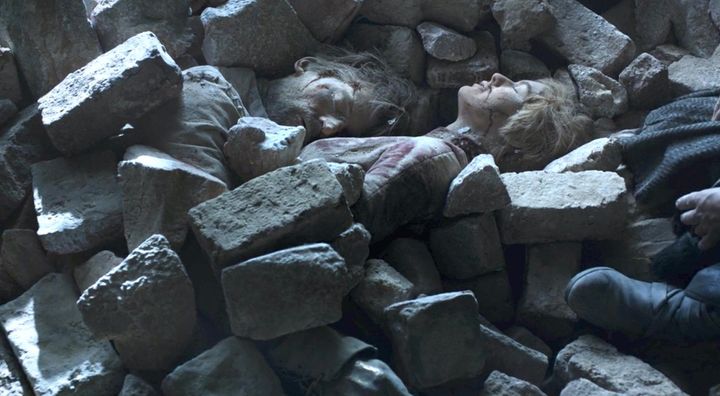 Jon Snow. Some of us were so sure he will still sit on the iron throne even though he denied it a thousand times and every other title that was given to him. SMH!!!! Funny how your King is back to default settings now.

So, Sansa. Some were so sure she will sit on the throne! Safe to say y’ all are the only ones who won cos she didn’t sit on the Iron Throne but he became Queen in the North

Drogon. Final episode and still no Dragon babies!!! Ei you people! Dracarys on you all

Arya Arya…this one dierr we all thought she’d kill Cersei but when she didn’t, we lowkey thought there’d be someone with green eyes who would be killed by Arya. Be like…the prophecy was useless!!!

Oh and those who were certain Arya wasn’t Arya but the Waif who was with the Faceless Men in Braavos. Now that the season has ended, you lot can rest now cos that IS ARYA!!

All these theories and more have been rendered useless! Useless and it’s funny but lol we would have enjoyed some of these theories happening in the final episode better than the ending we got!!!!