Australia’s latest A$50 note comes with a big blunder hidden in the small print, a somewhat embarrassing typo.

The Reserve Bank of Australia (RBA) spelt “responsibility” as “responsibilty” on millions of the new yellow notes.

After a hot tip from the @triplemmelb family, we’ve found the spelling mistake on the new $50 note! #BreakingNews

The RBA confirmed the typo on Thursday and said the error would be fixed in future print runs.

But for now, around 46 million of the new notes are in use across the country.

The bills were released late last year and feature Edith Cowan, the first female member of an Australian parliament.

What looks like a lawn in the background of Ms Cowan’s portrait is in fact rows of text – a quotation from her first speech to parliament.

“It is a great responsibility to be the only woman here, and I want to emphasise the necessity which exists for other women being here,” is repeated several times over in microscopic print.

Alas, it’s printed each time as “responsibilty” – with a missing “i”.

It took more than six months for someone with a good magnifying glass to spot the typo. 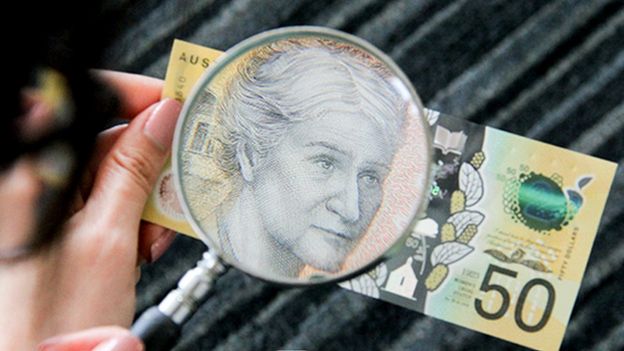 The A$50 note is the most widely circulated in Australia, and the most commonly given out by cash machines. The other side of the note features distinguished Indigenous author David Unaipon.

When the latest batch emerged in October, new security features were embedded in the design to improve accessibility and prevent counterfeiting.

And for anyone wondering, yes! the “typo note” is still totally valid as currency.

Phew. Now let’s just hope we didn’t make any typos in this artilce.