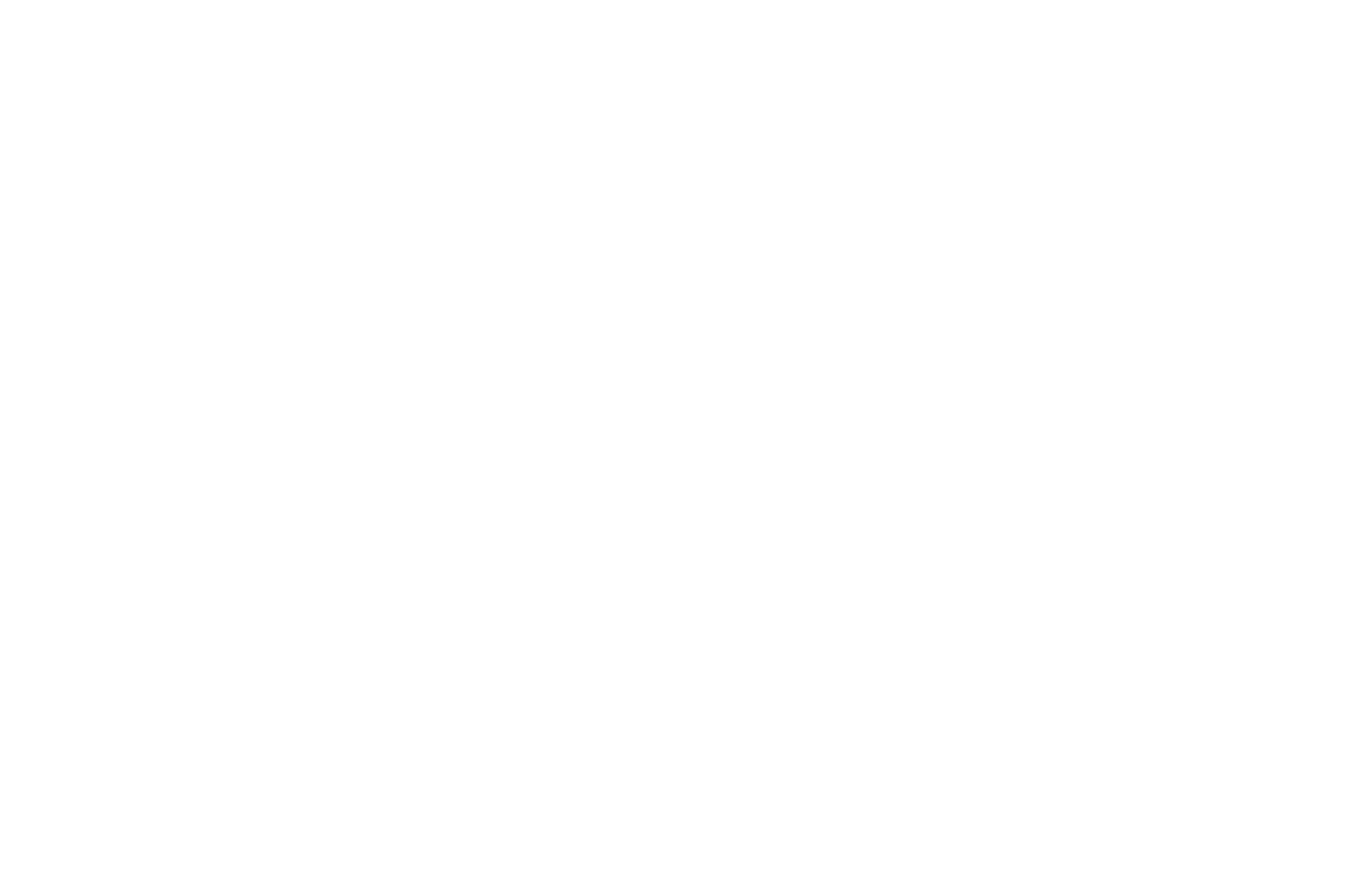 If you didn’t see this artwork flying all over social media this week…your TL has the wrong people!

Now, here’s what everything is about!

Vodafone X is well known for empowering young people to be the best they can be!

And just like their slogan says, the future is exciting especially with the new crop of young people who are finding themselves and flourishing in the arts and entertainment field.

Vodafone partnered with Kuulpeeps.com for this year’s Emergers and that means Kuulpeeps and Vodafone X are about to make your next couple of weeks amazing!!

Emergers 2019 applauds young people who got discovered in 2018 and made a name by impressing people with their talent! Over the next couple of weeks, you are going to meet the Emergers and get to know them better through a variety of content.

Now Vodafone X, as enthusiastic as they are in promoting young and amazing people, will give these Emergers a platform to reach a wider audience!

The amazing young people who are being profiled on the Kuulpeeps Emergers 2019 are:

Wendy Shay’s “Uber Driver” immediately broke records after she released it in June 2018. Just 24 hours after it’s release, the song made it to YouTube’s top trending. That’s an impressive feat for a fresh artiste who had just dropped her debut song. She has since released other songs such as “Psalm 35”, hasta is vista bedroom commando that also immediately became popular right after their release. Her double entendre lyrics and her personality which oozes sensuality have made her a quick favourite amongst Ghanaians.

A music producer worth his salt! Guilty Beatz has been producing music for a while and he is mostly known to work with Mr Eazi but his song, Akwaaba which featured Mr Eazi, Pappy Kojo and Patapaa was all Ghanaians played for a while. It’s not uncommon to hear the song play and immediately have people break into the dance that came with it.

iPhone DJ is a young University of Ghana student who studies Business Administration during the day and later conquers the nightlife! He’s gained popularity for being not just an amazing DJ but for playing all his sets with just an iPhone. This mind-blowing feat earned him an award at the 2018 DJ awards (Best Campus DJ) and saw him playing on big stages such as Tidal Rave 2018 and especially, most major concerts during the Christmas season.

Dancegod Lloyd is a young Ghanaian dancer dancing his way into the hearts of Ghanaian. He has used his Instagram to push his passion so well he currently has over 200 K followers and has even earned a feature on BBC as the go-to Ghanaian to learn “azonto” or “pilolo” from. He’s scored big endorsement deals and has danced on almost every concert stage in December 2018 and is also the creator of the dance, ‘Shoo!’

Kelvynboy, the Stonebwoy protégé has snatched souls with his smooth sweet voice. His songs have had amazing airplay and his hard work earned him the 2018 VGMAs Unsung artiste which further pushed him to become a household name. He has a penchant for love songs and his song “Toffee” has won the hearts of many Ghanaian women.

2018 saw a lot of dance moves go viral and one of them is the dance to Eddie Khae’s “Do The Dance”. The Central University student did not expect his song to go as far as it did but…it did and it has brought lots of people together in clubs, parties, concerts and other events. His song has become a basic ingredient at every social gathering.

From making freestyles on social media to slowly becoming an internet sensation and earning a spot on Sarkodie’s “Biibiba” song, Toyboi has proven that the internet can and will do amazing things for your art only if you find the best way to make the most out of it. His lyrical prowess and dexterity with words in different languages have made him an easy fave without a hit song out yet.

Just a handful of people knew Tulenkey ‘dey worry’ but Ghana stood still when a video of him rapping about Child Abuse to Cardi B’s “I Like It” went viral. The message, his delivery, and bars made him an artiste to watch out for and when he dropped his mixtape, it’s safe to say he broke the internet with his song, “Fvck Boys”. He has performed the two hit songs, “Child Abuse” and “Fvck Boys” on every stage in December and his “1/1 mixtape”. Despite being put on Apple Music weeks after he dropped the mixtape, it made it to the top 10 albums chart.

Maayaa just might be the answer to Ghanaian soul music. She released a heartfelt EP titled “Chapter Red” which let out all sorts of emotions from her listeners. Her voice, the lyrics, style, production and everything else were near perfect earning her a spot on Apple Music’s New Artiste spotlight and New Artiste of the month.

The model industry may seem quiet but one model who’s been all the rage in 2018 is Beca Donald Knott. A British Ghanaian who’s spent all her life in Ghana, the model hopes to use her influence to help others.

Humble, hardworking and ready to take Ghana music by storm, even though he’s been around for a while, Kofi Mole’s song with Kwesi Arthur, Mensah blew the charts and quickly became a part of everyone’s top faves and his verse on Sarkodie’s “Biibiba” is arguably one of the best out of the lot selected by the veteran rapper.

From a singer on Bands alive to being a radio presenter, Johnny Hughes has made his way up to gradually become a recognized face on TV, co-hosting TV3’s morning show, New Day. His charisma, dedication and clear love for what he does has made him a recognizable and respected face in the media. His versatility is not to be downplayed as he’s produced shows on TV and radio and was the host at the 2018 VGMA red carpet, TV3’s Ghana’s Most Beautiful 2018 and won a number of radio and television awards while at it.

Amaarae is proof that Ghanaians are embracing the new sound. With an EP in hand, she’s got Ghanaians swaying to a sound many wouldn’t have believed would do well in Ghana a couple of years ago. She’s earned features with artistes such as Edem and Santi. The warrior Princess exudes warmth with her sweet voice that’s raw with vulnerability and leaves everyone who listens to her music in a trance.

Razahk calls himself a 3D generalist. He amused us in 2018 with his “Man Must Chop” series with the famous Aluta the great character. The episode that went viral was Aluta’s rendition of DJ Khaled’s “Wild Thoughts”. Aluta, however, went on break so his creator could work with brands and engage in an apps challenge where he was the ultimate winner.

After being baffled over how people got huge followers and likes on social media, MzEsi took to her social media to find a solution but through a genius way; A skit. The skit showed her calling a doctor to make her ass big enough so she could post and get likes and followers on social media. The video blew up and launched a new path for the budding actress now a skit maker and/or a comedienne.

It’s easy to watch music videos and give props to the artiste, however, it’s about time we gave attention to the real heroes of every music video. Madjitey is a producer/filmmaker behind most music videos such as Kwesi Arthur featuring Kidi “Don’t Keep Me Waiting”, Kidi’s “Say You Love Me”, Joojo Addison’s “Guy Man” among others.

Another dancer quietly making waves in the dancing industry. He’s taught many dancers and appeared in lots of music videos. For him, dancing is the only thing he knows how to do effortlessly and hopes to become bigger and better at it.

Now you believe us when we say the future is exciting right???

Make sure you follow @Kuulpeeps on all social media platforms and turn the post notification on so you don’t miss out on each of these amazing young talents’ passionate, hilarious and inspiring stories.

Prove Your Loyalty To The Shay Gang With This Quiz

5 Things To Consider Before Your First Tattoo