On Friday, West, 41, filed two lawsuits: one against Roc-A-Fella and a second against EMI — claiming he’s owed money.

In court documents obtained by PEOPLE, the dispute between West and Roc-A-Fella is “regarding the parties’ rights and obligations to one another under the Recording Agreement and Extensions.”

West is asking for “a judicial declaration of their rights under the Recording Agreement and Extensions.”

The majority of the suit has been heavily redacted.

However, in the “allegations common to all cause of action” section, West speaks on his career since his musical debut in the 1990s.

West describes 2000 as being a “breakout year” as he produced Jay-Z’s album The Blueprint. He also states he co-wrote four of the songs.

In addition, the document lists a number of West’s accolades, including his 21 Grammy awards.

West’s suit against EMI is similar and also heavily redacted.

“There now exists a dispute between Plaintiffs desire a judicial declaration of their rights under the EMI Contract and Extensions,” the lawsuit states.

“A declaration of parties’ foregoing rights under the EMI Contract and Extensions is necessary and appropriate at this time so that Plaintiffs and Defendants can ascertain their rights and obligations to one another and void further disputes.”

The lawsuit did not state how much West is seeking.

TMZ first reported the news of the lawsuit.

West and Jay-Z seemingly drifted apart around 2014 when Jay-Z and his wife Beyonce did not attend West and Kim Kardashian’s wedding.

During an October 2016 concert, Kanye went on a rant about Jay and the fact that their daughters North and Blue Ivy, respectively, still haven’t had a playdate. “Our kids ain’t never even played together,” he said after addressing the possibility of a future Watch the Throne 2 album, which for the record, he says, won’t happen because of “TIDAL, Apple bulls—.”

Kanye also addressed his wife Kim’s horrific Paris robbery and Jay and Bey’s lack of reaching out during the difficult time. “Don’t call me, after the robbery, and say ‘how you feelin?’ ” Kanye vented to his concertgoers. “You wanna know how I’m feelin’? Come by the house.”

The pair’s rocky relationship hit its peak when Jay called out Kanye’s erratic behaviour on “Kill JAY-Z,” a track off his 2017 studio album, 4:44. 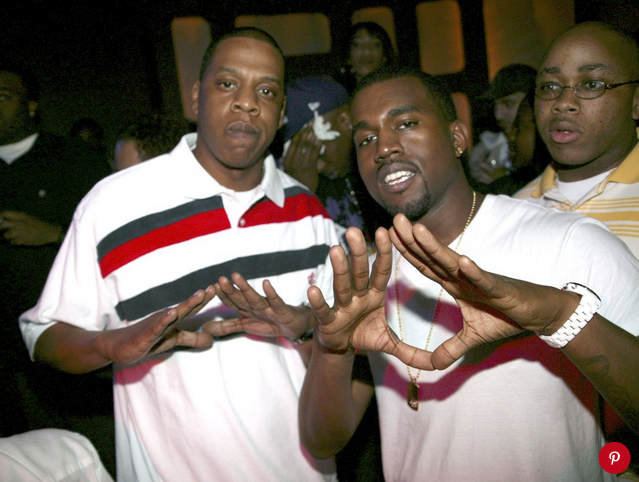 “I know people backstab you, I feel bad too / But this ‘f— everybody’ attitude ain’t natural / But you ain’t the same, this ain’t KumbaYe / But you got hurt because you did cool by ‘Ye / You gave him 20 million without blinkin’ / He gave you 20 minutes on stage, f— was he thinkin’?/ ‘F—in’ wrong with everybody?’ is what you sayin’ / But if everybody’s crazy, you’re the one that’s insane.”

JAY-Z chatted with Rap Radar hosts Elliott Wilson and Brian “B.Dot” Miller in August 2017 to discuss his song “Kill Jay Z”. The single off his latest album, 4:44, in which he sent a few jabs Kanye’s way. “It’s not even about a Kanye diss. It’s not a diss, I’m talking to myself the whole time,” the rapper said.

In a candid interview with Dean Baquet for T, The New York Times Style Magazine, Jay revealed that he’s back on speaking terms with Kanye. “[I talked to] Kanye the other day, just to tell him, like, he’s my brother,” the 47-year-old told the magazine in November 2017. “I love Kanye. I do. It’s a complicated relationship with us…. ‘Cause, you know — Kanye came into this business on my label. So I’ve always been like his big brother.