Kuulpeeps – Ghana Campus News and Lifestyle Site by Students
Home POP CULTURE Events Trigmatic’s Concert Was A Playground For Talents And Legends!!! You Do Your...
Facebook
Twitter
WhatsApp

A date we should all remember as the day the heavens smiled at their own.

We told y’all about Trigmatic’s ‘My Life’ concert…

We warned that it would be amazing!!! Some of you listened, some of you didn’t.

To those of you who didn’t…

Saturday, Trigmatic had his ‘My Life’ concert to celebrate 10 years of being in the music industry and…it was magical!

Look, the performances were lit!! Noone came to disappoint including artistes some people weren’t familiar with. 9/10 times, everyone jumped to their feet when every single act came to perform.

We knew the artiste lineup meant we were going to wowed but…it was way beyond expectation!

Trigmatic served us looooks!! His stylist, Abrantie The Gentleman spoil there for him cos the change in shada was mad!

Yes, we noticed it cos all his looks banged!!

But, he wasn’t just a temporal model up there on stage…he killed his performances, resurrected them and killed them again just because he could.

His tribute to Hugh Masekela with Note 6 was…*sighhhh

The acapella from Note 6 was beautiful…too beautiful and that paired with Trigmatic’s voice…Hugh Masekela would be smiling so hard from music heaven!

Know who else smiled really hard during the show? J.A Adofo. Yhup…the highlife legend was there with his family and he watched his son, J.A Adofo junior perform his songs like a champ!!! It was indescribable…you have to see this to know what we are talking about!

Another legend who was honored at the show was Aka Blay. Eeeeiiii you’ve never seen anyone play the guitar as he did!!! Of course, we had to sing “Take Away” and we enjoyed every bit of it!

Other legends such as Gyedu-Blay Ambolley, Kiki Banson just came through and we dunno about you but for us, that’s proof that greatness attracts greatness!

Dela Btri wowed us, playing the flute with his nostrils, Nana Yaa, Yaayaa (don’t get them confused) and Cina Soul kinda gave us the impression that it’s the tiny women who can knock you off your feet with their powerful voices and energetic performances! 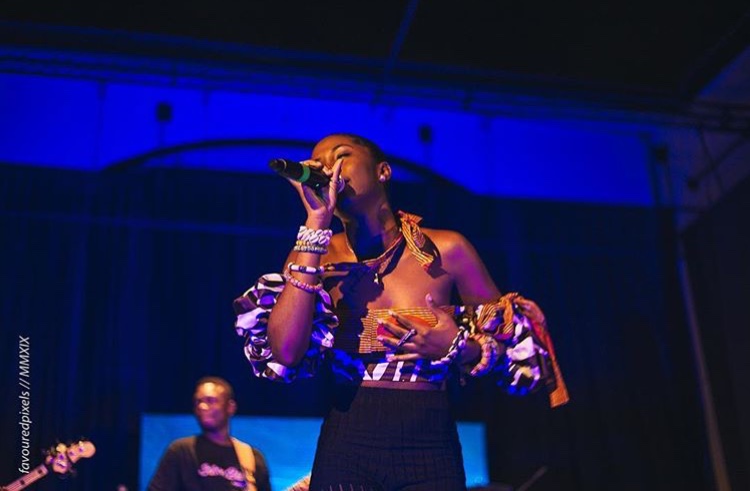 AI came on stage, got knocked by the Holy Spirit and took us to church better than any pastor ever will! Epixode…y’all know Epixode got us hyped af!!!!

The concert closed with Trigmatic, AI, Worlasi performing the My Life remix…the set, the voices, the message in the song, Yaayaa adding her voice…everything at that moment was just perfect and gave us goosebumps but oh we dirtied our bodies after that when AI threw in some last minute performances.

This concert made something clear to us tho: Trigmatic is a church boy who can sing, rap, go reggae on Y’all without missing a beat and slays like a mf!!

And…every single artiste who came for the show is a genius!!!

And oh last one…this show is such a great start to the new year so we don’t know about y’all but…Happy New Year cos any day before the concert date was just 2018.