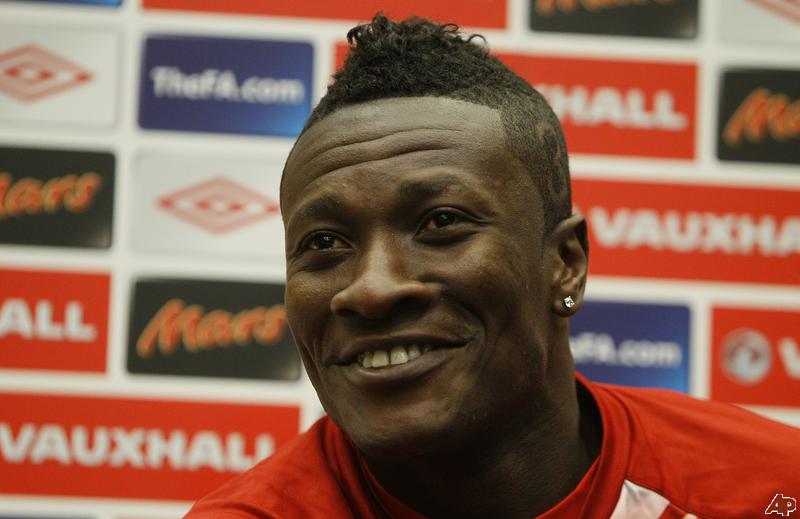 The Black Stars Captain Asamoah Gyan is said to be in a messy divorce battle with his wife of 5 years, Gifty Gyan.

The footballer, who has reportedly also asked for a paternity test for the three children ‘produced’ in the marriage, is also reportedly planning on marrying one, Nina Atala who is said to be the landlady of the building that houses Asamoah Gyan’s pub located in Osu.

See Also: Meet The Lady Asamoah Gyan Is Reportedly Going To Marry After His Divorce Is Finalised

Since the news of his divorce broke, Asamoah Gyan and his management team have remained awful quiet about the matter.

Until yesterday, the only public thing Asamoah Gyan has done was to do a live Instagram broadcast where he was jamming to a playlist that included gospel songs and secular music, Shatta Wale’s ‘My Level’ was on the playlist.

#KuulpeepsTrending: @asamoah_gyan3 seems unbothered even though people are bashing him on social media! He is vibing with @shattawalenima’s ‘My Level’ song.

But yesterday, Asamoah Gyan sent a statement to his haters who have been trolling him since he reportedly filed for a divorce.

“This guy has said it over and over again that nothing breaks him down. Keep planning to lock him at the front door. He will definitely pass through the back door. 💪💪💪🔥🔥🔥🙏🙏🙏,” he said in an Instagram video of him celebrating after scoring a goal.

This guy has said it over and over again that nothing breaks him down. Keep planning to lock him at the front door. He will definitely pass through the back door. 💪💪💪🔥🔥🔥🙏🙏🙏

Meanwhile just an hour ago, Asamoah Gyan also shared this photo of a couple trying to do their best to please society while people try to find a fault in everything they did.

That can be said to be his situation now as he feels people are judging him for everything action and inaction.

We wish Asamoah Gyan and his family the best.