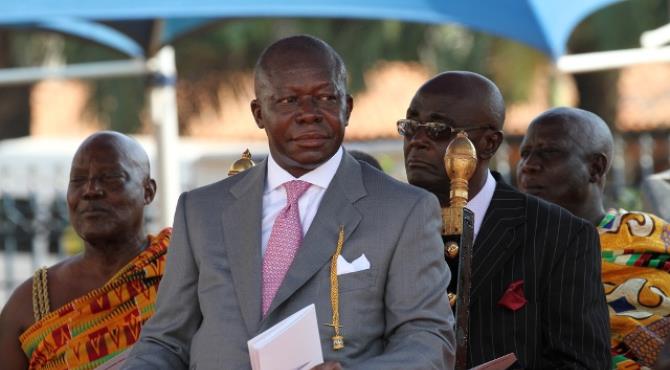 Chancellor of Kwame Nkrumah University of Science and Technology (KNUST) Otumfuo Osei Tutu II has expressed sadness over the events that led to the school’s closure on Monday, October 22.

“It is a pain I do not bear likely,” he stated.

The Asantehene expressed this emotion on Tuesday when five new members of the Governing Council were sworn in at the Manhyia Palace.

The members – four to represent government and one to represent the National Council for Tertiary Education – were led by the Minister of Education, Dr Matthew Opoku Prempeh, to swear the oath of office.

Other members from the old Council representing other interest groups such as the University Teachers Association of Ghana (UTAG), however, remain unchanged.

Addressing the new members, Asantehene Otumfuo Osei Tutu II disclosed he will set up a five-member committee to launch a “full and transparent inquiry” into the incidents that resulted in the destruction of property estimated at GH¢1.7 million.

Though the immediate cause of the violent demonstration on Monday, October 22 was attributed to the heavy-handedness by the KNUST security, the remote cause has been pointed to the conversion of single-sex halls of residence into mixed halls.

The Chancellor says a plethora of allegations have been bandied about since he attempted to know the cause of the violence.

“Everybody will be allowed in an open and frank manner,” he assured regarding the probe that will be conducted by the five-member committee.

He noted that the committee will be headed by a judge and will be inaugurated in due course.