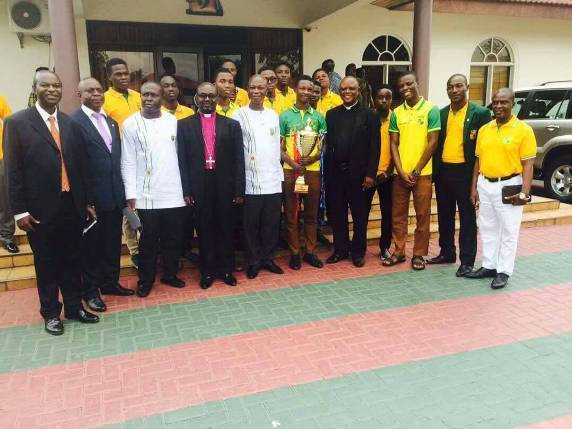 This just gave us a throwback to high school.

Prempeh College in Kumasi has handed a two-week suspension to 14 students for leaving campus without authorization.

The students were said to have sneaked out to town by scaling the school’s fence wall…dem be guy rough….

School authorities said some of the culprits, who were noted for sneaking out to town to watch UEFA football matches on television, cinemas, allegedly, left campus after last Friday’s evening church service and returned around 1 a.m the next day.

The Assistant Headmaster (Academic) of the school, Mr Ernest Wiafe, told a gathering of old boys of the school that the school’s cadet mounted a surveillance with the help of the authorities to clamp down on truants students.

He said the culprits were put before a disciplinary committee within 48 hours and found guilty.

They are to return in two weeks, together with their parents, to sign a bond to be of good behaviour.