Ooookay so among SAMSUNG’s new range of mid-range smartphones, the Samsung Galaxy A6+ is part of the competition for the lead position of the best out of the lot. Even though it’s a mid-range phone with mid-range specs, it’s tuned to fit your every need. We introduce the SAMSUNG Galaxy A6+ 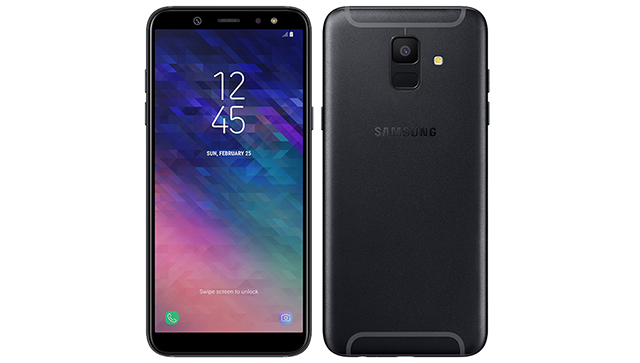 This Dual Sim smartphone has a great design with its sleek body and curved sides which look pretty futuristic if you ask us.

After the phone’s release in May 2018, the phone’s received a lot of attention and that’s only natural because this phone is simply awesome. The Samsung Galaxy 6 inch screen produces some of the best visual representations you can imagine. For a mid-range phone, it works really really great.

This device is suited for high-performance gameplay and you should expect a smooth and fluid usage.

The lower camera is to create the depth effect in photos that we have all grown to love (we are talking about the photos with the blurred backgrounds) and the capability to shoot panorama and HDR.

I guess it wouldn’t be a surprise if this phone shoots video at the same 1080p at 30fps which seems to be consistent amongst all the mid-range smartphones SAMSUNG is producing. Can there some diversity in these Samsung? please?

Before we forget, the selfie camera on this phone is a BEAST!  It has a 24mega pixel font camera which is able to shoot videos at 1080p at the same 30fps as the rear camera and it has its own flash too!!

The A6+ also has a Pro mode setting where you can change the camera settings on the phone to suit how you want to take your pictures and oh the clubbing is about to be lit cos night pictures are really great with both the front and rear cameras. The display on this device is very great but that is what you get when you use Super AMOLED! The image’s colours are saturated just the way we like it.

The phone handles all forms of audio files (MP3 and WAV) and also supports the 3.5mm earphone jack which is located at the bottom of the phone. It has a great and clear sound when you use earphones and that is to be expected cos the sound on the device is produced by Dolby Atmos sound. The phone supports WiFi, Bluetooth, GPS, Radio, NFC and FM Radio.

The phone has a talk time duration of 21hours and a music playback time of 60hours.

The Samsung Galaxy A6+ has a wide range of amazing features. These include a fingerprint sensor located under the rear camera, a facial recognition property which is quite fast for a mid-range phone and an accelerometer. The phone’s got proximity sensors, a gyrometer and a compass too so you don’t get lost when you’re trying to find a new food joint. lol.

This phone is a very great phone and if we had our own way, we would have pulled it out of the mid-range phones group. It’s a really great phone by all standards with a budget-friendly appeal.

A Year On, The HUAWEI Y9a Still Remains A Beautiful Yet Powerful Handset With Great Battery Performance

Capture Every Moment With The Stylish Huawei Y9a’s SuperCamera And SuperCharge!

Design, Performance, Price And More: Huawei Y9a Or Samsung Galaxy A52, Which Would You Prefer