Anklets have become statement pieces most ladies turn to. While some decorate their ankles with a single cute anklet, others tend to put 2-5 around it (Why? Are you a chief priestess?).

Wearing an anklet is slowly being accepted in Ghana. While some speak heavily against it, others (mostly the youth) don’t really care about their representations. I mean, it’s just jewellery around the ankle. It’s almost the same as placing a bracelet on your wrist. Right??

Weeeell, as opposed to other jewellery worn primarily to adorn other body parts, anklets have a rather diverse and quite surprisingly weird history and representation.

About 4500 years ago, ancient Sumerians lived in the Mesopotamian region (currently Iraq). Archaeologists revealed that this civilization was the first in recorded history to leave evidence of wearing bracelets, including ankle bracelets. For the females, the jewelry they wore (necklaces, finger rings, anklets, toe rings, and necklaces) showed how wealthy their husband was.

In Ancient Egypt, the rich and the poor both fancied wearing jewellery including anklets. Egyptian royalty wore anklets made of precious stones and metals. Naturally, the affluent women wore gold anklets whiles the poor ones wore silver or iron ones.

The slaves were usually wearing leather or metallic anklets or anklets made out of shells and in most cases, they served as just amulets and talismans. Some people also claim that worshippers of a deity called Baal prescribed the use of anklets for prostitutes so that they would be easy to identify.

Currently, in Egypt, women aren’t allowed to wear anklets because they are seen as immodest by the Islamic doctrine. However, they are worn by dancers in public events.

Anklets were the most popular in ancient India as opposed to any other place. Indians have worn ankle bracelets for centuries. Today’s Indian wedding customs still include wearing anklet bracelets as a part of the ceremonial wedding garments. Indian women wear some of the most extravagant anklets in the world featuring lots of tiny chains, bells, and charms. Silver is a popular medium for Indian anklet bracelets.

The ankle bracelet became popular in the United States in the twentieth century. In the 1970s, women began wearing anklets that featured their name or initials. 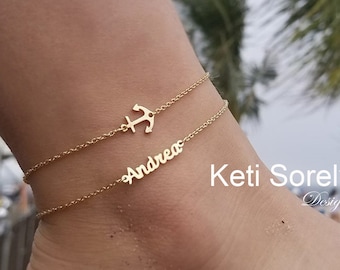 In some cultures, women wore anklets to show bravery in their tribes against their rivals. Some anklets had bells on them and the sound signified that a female was around so the males needed to behave.

Well, when all is said and done, I think it’s up to the one who is wearing the anklet to determine what it means to you.

Have a different opinion? Do share it with us.