Shatta Wale released the tracklist and album cover of his upcoming album, Reign.

If you haven’t seen the album cover yet, this is it.

Now, let’s take you through what each inscription on the artwork means.

Shatta Wale because that’s who he is!

The crown on his head because he’s king.

Yeah go open your Bible for this one!

Reign is the name of the album, but the whole sentence ‘Reign Forever And Ever’ was used because the designer of the album cover, Kwame Kyei saw it as Shatta reigning forever and ever and also because well…Shatta’s doing it all for God and what does God do? Yhup he reigns over us all forever!!

Shatta stated that his Militants have been there by him since day 1.

Shatta didn’t even have to explain this, he’s a champ clearly.

Do you remember Shatta’s biggest comeback hit? Yeah, that’s what he calls himself.

Remember the Reign album sign aka the Trinity!!  ||| is in the Kiiing. Likened to God being 3 in 1 (remember the album ankasa is dedicated to God innit) 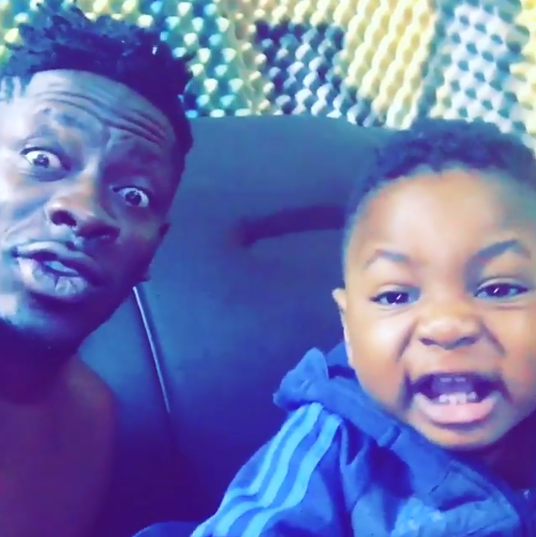 Prove dem wrong because that’s what he keeps doing! Proving people who think he’s not all that and can’t make it, wrong.

October 17 is Shatta Wale’s birthday and that’s when he’s releasing the Reign album.

Sm4lyf has half of the words behind him Cos it’s the movement that’s behind him, supporting and pushing him forward.

Bandana (under the prove dem wrong) signifying where he came from and what he used to be.

So there we have it, now who’s ready for the Reign album?