Childish Gambino released a new song and video yesterday. The video ”feels like summer” just like his ”This Is America” video has sparked a lot of conversations for fans but relax, this video is less controversial. The video is full of cameos and we broke them all down for you! Enjoy!

Lil Pump and Trippie Redd are seen as kids in the video. They get shooed away by 21 Savage who’s busy sharing a blunt in his car with Metro Boomin.

Kodak seems stuck in his house. He’s seen shaking his head at the two kids knocking at his door cos well, he can’t come out. This is probably in reference to Kodak being in jail.

The rap trio can be seen playing basketball in the hood.

Will Smith and Azaelia Banks

Will Smith, not far off is busy washing a car while Azaelia Banks is right above Will, swinging her legs on the branch of a tree.

Nicki builds something wth some blocks and Travis pulls one block from the bottom, causing the blocks to topple over. Is this in reference to Nicki’s beef with Travis just because he snagged the number 1 spot on Billboard Top 100.

Future cycles by while Drake tries and fails to catch him. 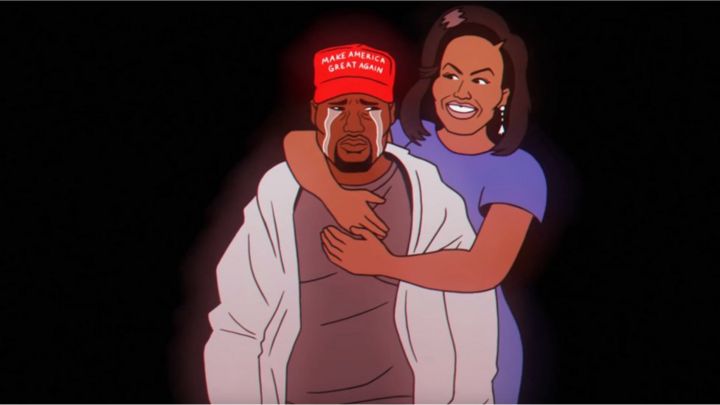 Kanye’s crying and Michelle Obama comes in to hug him. The funny thing is, Kanye’s wearing a ”Make America Great Again” cap. Remember the Kanye support for Trump issue?

Beyonce’s in a ‘R.I.P Fredo Santana’ shirt. The young rapper who died earlier this year.

Both of them are on a bench, eating ice cream 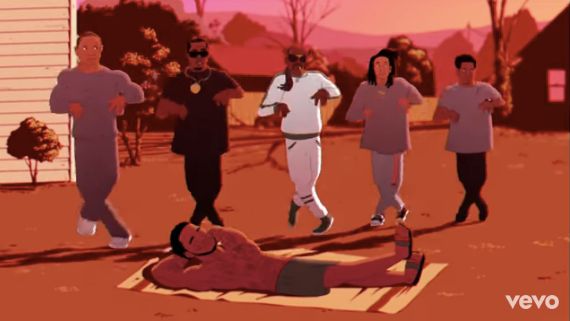 Gucci’s chilling on a mat while the others dance the elctric slide behind him.

Young Thug and the Ball brothers

2 Chainz takes a selfie of Meek, Weezy and Pusha-T 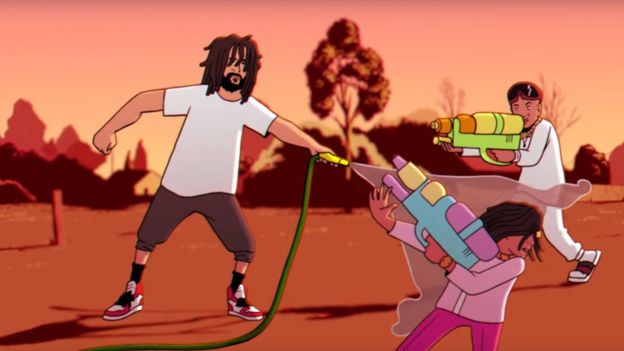 Rae Sremmurd run around shooting water out of their water guns at J.Cole who retaliates by pouring water from his hose at them.

Back in his Jackson 5 days when he had the fro on.

Now that you’ve seen them all, watch the video so you can enjoy their cameos even better!!


The video was directed by Donald Glover (aka Childish Gambino), Ivan Dixon and Greg Sharp.