*plays Wutah’s Bronya in the background*

The weekend is here and what’s better than getting lit with friends? NOTHING!! But it’s actually really hard chilling when you don’t have enough money to go out. We found the perfect solution that’s fun, easy on the pocket and will get you buzzing on alcohol like you should! Just call your frinds together, let everyone bring a drink and then…let the games begin!!!!!!!!!

The first person will choose a word, then the next person to your left/right has to think of a word that rhymes with it. This has to continue around the circle with everyone taking a turn with a rhyming word. Anyone who hesitates or repeats a word that’s already been said has to drink.

Write anything you want on plenty pieces of paper. The important thing here is, make sure they are sentences or words that will trigger some sort of response from anyone who reads or hear it. Now place all the pieces of papers into a bowl and pass it around. Each person will take a note out and read it aloud and anyone who smiles or laughs will have to take a drink!

Never Have I Ever

This is a perfect game to get people in a group to get to know each other. Get your group together, and take turns saying sentences starting with Never Have I Ever. The thing is, you need to continue with anything you have or have not done and anyone within the group who can relate and has done it before will take a drink. For instance, ”Never have I ever farted in public”. Now anyone who has done that before will just drink. You can keep going for as long as you want.

You need papers for this too lol and a rolling dice. Write different words on different sheets of papers, fold them and mix them up. Now, throughout the game, each person will take turns picking one paper from the pile. You take one out, look at the word then roll the dice. If the number that rolls up is an even number, you have to tell a TRUE story that has something to do with the word on the paper you took. If it’s an odd number, make up a story and let everyone guess if it’s true or a made up story. Anyone who gets it wrong will have to drink.

You can avoid the long process involving the sheet of papers and dice and just share stories. Each personwill still have to tell if the story is made up or a true story and anyone who gets it wrong will have to drink as usual. 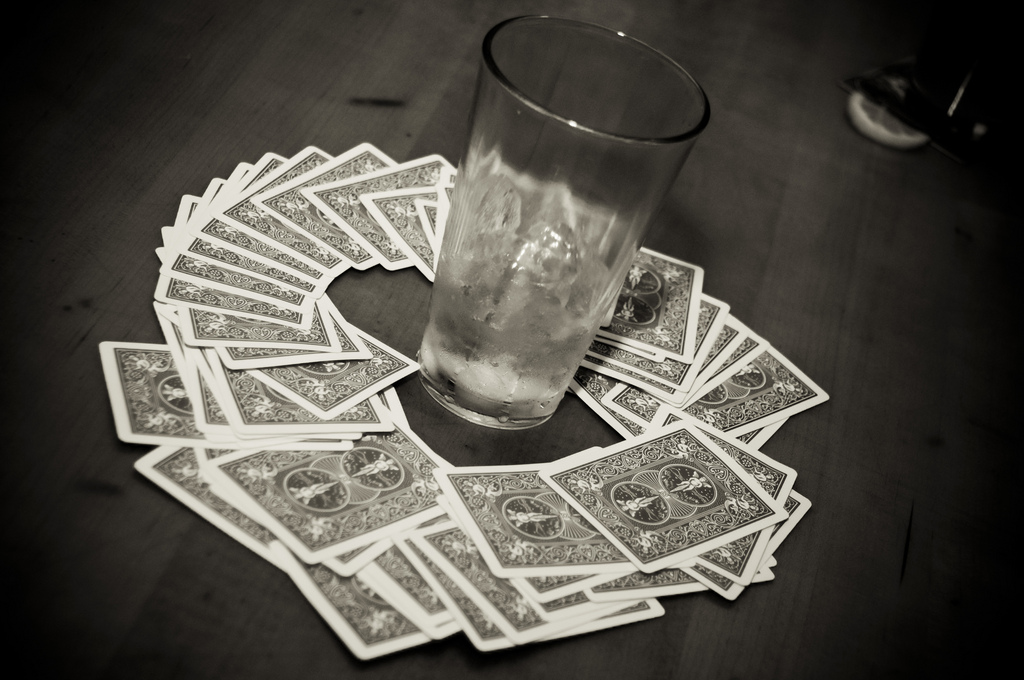 You’d need a pack of cards for this. We can only give you an idea of how it works but make your own rules!! Take a couple of cards and assign rules to each card. Shuffle the cards and place them face down around a large jug or bowl of punch or even a bottle of vodka or wine or a glass of alcohol if you don’t mind drinking from the same cup. Now each person has to take turns picking a random card. Remember the rules you assigned to each card? Great. Just obey what the rules say and that’s it. Here are some rules you can start with:

you get the idea now? be creative and add more rules! If you don’t have playing cards, you can make your own with anything!

Now you’re all set! Have fun, but remember this, please! Know your limit and leave the game when you have to! Don’t let anyone pressure you into drinking more than you can take and finally, have fun and spice it up!