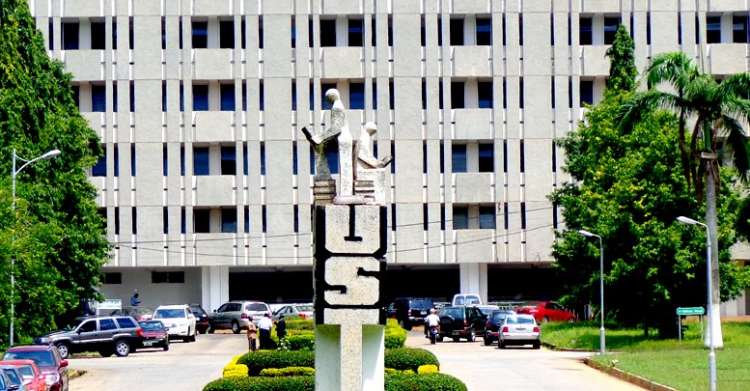 Oh damn… the Katanga and the Continental alumni groups have failed in their attempt to get the Kwame Nkrumah University of Science and Technology to rescind its decision of admitting females into their respective halls.

It has been a tussle mixed with a series of demonstrations and court suits challenging the decision of the university authorities.

See Also: PHOTOS: The Full Continental Alumni Statement Of Claim Against KNUST Over The “Discriminatory” Conversion Of The Hall Into A Mixed Sex Hall

At the time, the Katanga and Continental alumni groups argued that they were unfairly targeted in the universities attempt to increase female enrollment by admitting females to their halls.

They didn’t understand why they should lose their male-only halls while the female only halls were kept intact.

That seemed like a legit argument that could get the uni authorities to change their mind… but not anymore.

The university has released a statement declaring that all traditional halls in KNUST are now mixed halls.

That means that the only female hall, Africa Hall is also now a mixed hall.

“In line with the University’s policy of periodic review of Residential Accommodation for students, it has been decided that effective the 2018/2019 Academic year, all the six traditional halls of residence namely, Independence Hall, University Hall, Africa Hall, Republic Hall, Unity Hall and Queen Elizabeth II Hall would be designated as mixed halls,” a statement signed by Ben O. Andoh for the Registrar said.

Well with this, we doubt that the university will be persuaded to give preferential treatment to Conti and Katanga alumni groups.