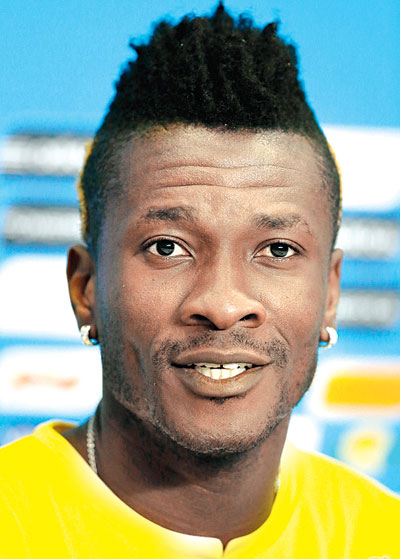 Ghanaians really don’t like Uruguay because of our unfortunate exit in the 2010 World cup where Louis Suarez blocked a ball from entering the net.

FIFA describes the act as “The Hand Of God”.

Uruguay lost a slamming 2-0 against France and could this be karma for what they did to Ghana 8 years ago?

If it is, they well deserved it.

Though our Captain Asamoah Gyan has moved on Ghanaians are still holding on to the grudge.

In an Instagram post by Ghana’s finest female photographer  Senyuiedzorm Awusi Adadevoh, the fans were seen having a video call with the Captain.

He later wished Cavani a speedy recovery stating that he’s a vital team member and he is the best player in the team.

The fans couldn’t believe they were having a communication with the Captain. They repeatedly thanked him and told him he is in their hearts.

Margaret Sagoe - February 17, 2020
0
Osei Kwame Despite's son, Kennedy Osei got married in a plush wedding over the weekend. The engagement ceremony on 13th February was...