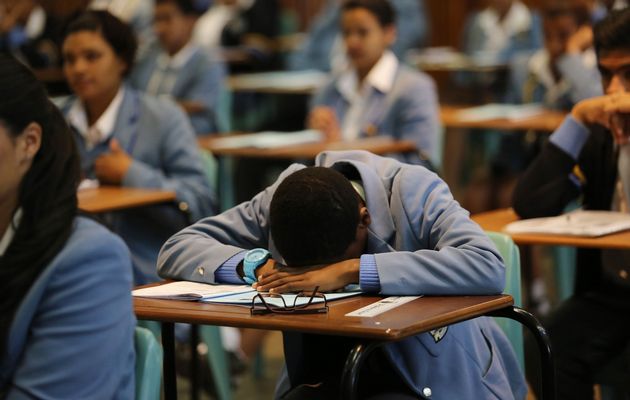 So guys…. this year’s WASSCE results have been quite sad…

If the government does not relax the A1 to C6 admission rule then almost 70 per cent of the students who sat for this years WASSCE will not be able to go to uni.

Meanwhile, though most of the students failed Mathematics, the Head of Public Affairs for the West African Examination Council (WAEC) Agnes Teye-Cudjoe has revealed that Chief Examiners were worried over the growing use of pidgin language by students in their final exams, Starr reports.

According to her, students must be taught to read more and write good English during their final exams.

Provisional results by WAEC indicate that 193,882 candidates, representing 61.67% of all candidates who sat for the WASSCE failed to obtain the minimum pass mark in any of the three core subjects required for admission into universities in the country.

“For Maths, the Chief examiners have mentioned that students are unable to translate Story Problems into mathematical forms before solving them,” the WAEC PRO said in an interview.

So, if most students are unable to go to uni because of a law, what is the probability that government would have to relax the law to ensure that universities are able to offer admissions?