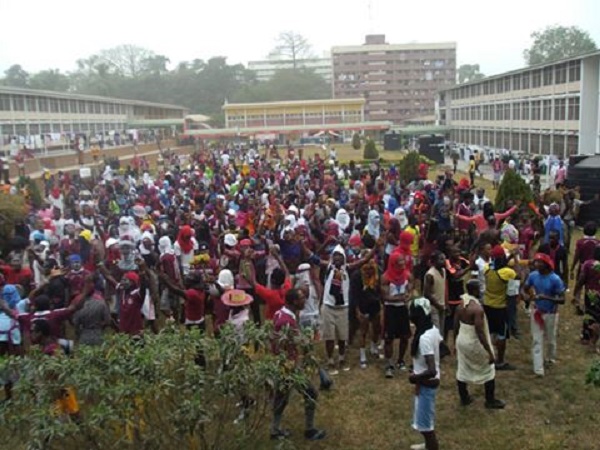 The Continental Old Boys have taken their fight against the planned conversion of Unity Hall into a mixed-sex hall a notch higher.

Persuasion has failed and now they have taken to the court to seek redress in the matter.

The Old Boys Association of Unity Hall has filed a lawsuit at a Kumasi High Court to challenge the decision to convert the hall into a mixed hall.

The former residents of the hall are hoping that the court will stop the management of KNUST from allowing females to live in the hall.

“…Unity Hall, just like Africa Hall, was envisaged by the Universtiy’s forebearers for a continental remembrance hence, the full name of the Hall being Continental Unity Hall and also so its character and nature as an all-male hall of residence must be left to stand as a legacy just like Africa Hall being left to stand as an all-female hall of residence, as this entire vision adds to the uniqueness of institution. And seeking to alter the nature of only Unity Hall is discriminatory,” the old Conti Boys are quoted to have said.

Conti is not the only ones… they’re arch rivals, Kanatga Hall is also being converted from an all-male hall into a mixed-sex hall.

This might be an attempt by the management of KNUST to put an end to the rampant occurrence of vigilantism and fights between residents of Conti and Katanga.

Officially though, the university is arguing that adding females to Conti and Katanga would increase the number of women who undertake the study of Science, Technology, Engineering, and Mathematics (STEM).