Real Madrid is considering an offer of about 100m euros (£88m) from Juventus for Cristiano Ronaldo.

However, his age and Real’s need to reshape a squad that finished 17 points behind La Liga champions Barcelona last season has encouraged the Italian champions to make their move.

Ronaldo won his fifth Champions League title with Madrid in May. 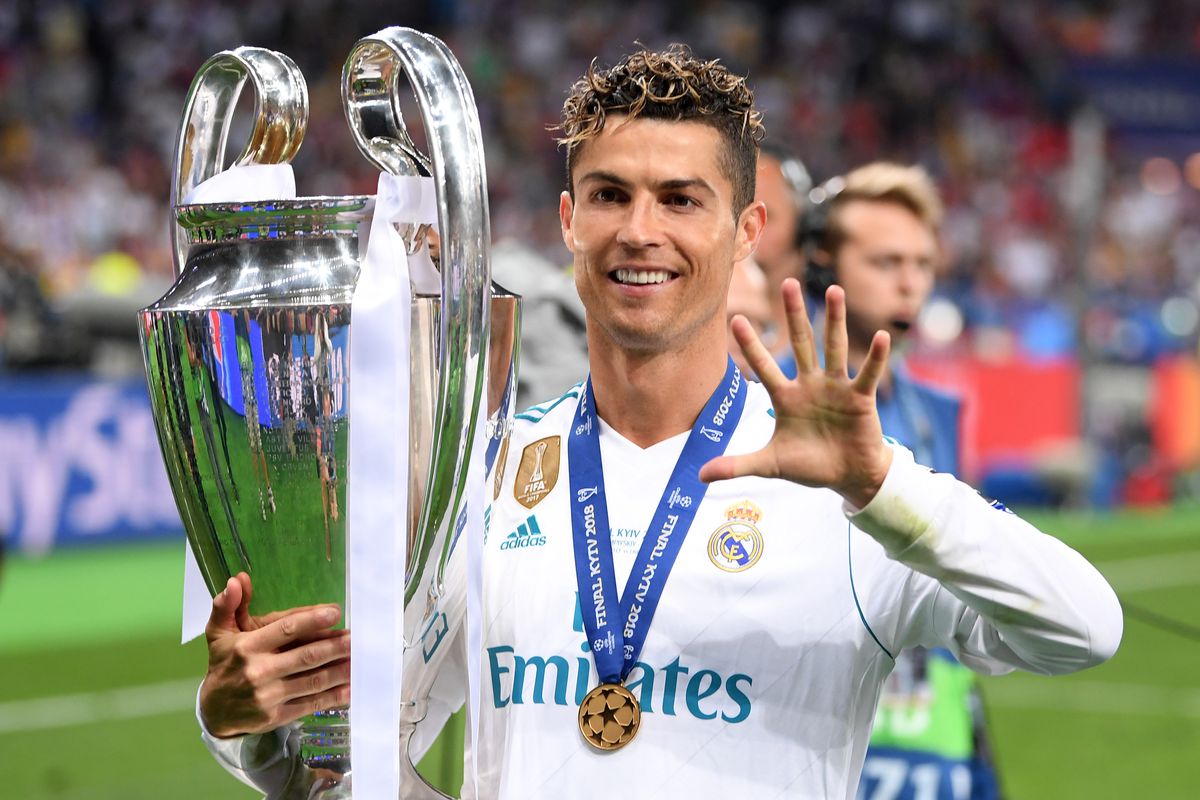 Since that victory over Liverpool in Kiev, Real boss Zinedine Zidane has left the club and has been replaced by former Spain coach, Julen Lopetegui.

The five-time Ballon d’Or winner’s future has been the subject of intense debate over the past few years, and his relationship with Real president, Florentino Perez has also been questioned.

Any move would eclipse Juventus’ record transfer fee of 90m euros (£79m), which they paid for Argentina forward Gonzalo Higuain in 2016.

It would also be more than the £80m Real paid Manchester United for Ronaldo in 2009.

Spanish Football Writer, Andy West states that the star is unhappy at Real Madrid, an annual occurrence and in the past they have always resulted in the Portuguese having his ego stroked, his pay packet boosted and the problem solved.

If Real can command a fee of 100m euros from Juventus, Perez could well see that as a great business for a player who will be 34 by the end of next season.

Lurking in the background is the figure of Neymar. For a long time, it has appeared to be just a matter of time before the flamboyant Brazilian ends his Parisian sojourn and moves to Madrid, where his combination of prodigious footballing talent and enormous marketing power would make him a perfect signing.

If Neymar does come this summer, it’s hard to see how both his and Ronaldo’s egos could coexist happily on the pitch or in the dressing room, and the older man would need to make way.

Even if Neymar isn’t captured, Perez is also a big admirer of another PSG star, Kylian Mbappe, whose eye-catching World Cup performances have made him an even more appealing prospect.

‘Wages are the issue’

It’s his wages which are the big problem because they are four times what Higuain, their current highest earner, is being paid.

Juventus are interested, they have been talking to his agent, but it looks like this will be a very difficult transfer to pull off.

Let’s all hope for the best for Cristiano Ronaldo. He deserves better.