The Captain for the Super Eagles is not justifying their defeat against Argentina but he is calling for a tightening insecurity in the country following his father’s kidnap on 26 June 2018.

Michael Obi, Mikel’s father, and his driver were abducted at gunpoint on 26 June in Enugu but were released on Monday. Mikel was told of his father’s capture four hours before playing in Nigeria’s 2-1 World Cup defeat by Argentina.

Pa Michael Obi was abducted in south-east Nigeria as he travelled to a funeral along the Makurdi-Enugu expressway from Jos. The police in Nigeria were able to secure his release but Mikel said his father was tortured during a week-long ordeal and is currently receiving emergency treatment in hospital.

Pa Michael Obi, father of footballer John Mikel Obi, after he was freed from kidnappers in 2011.

“For the second time I’ve had to live with the fears of losing my father and it is very scary,” he told BBC Sport.

“Today it’s my dad but tomorrow it could be someone else which makes it very scary,” he added.

Former Chelsea midfielder Mikel, who now plays for Chinese club Tianjin Teda, received a call from a family member while on the team bus to the St Petersburg Stadium, who told him he had to call the kidnappers on a designated number. 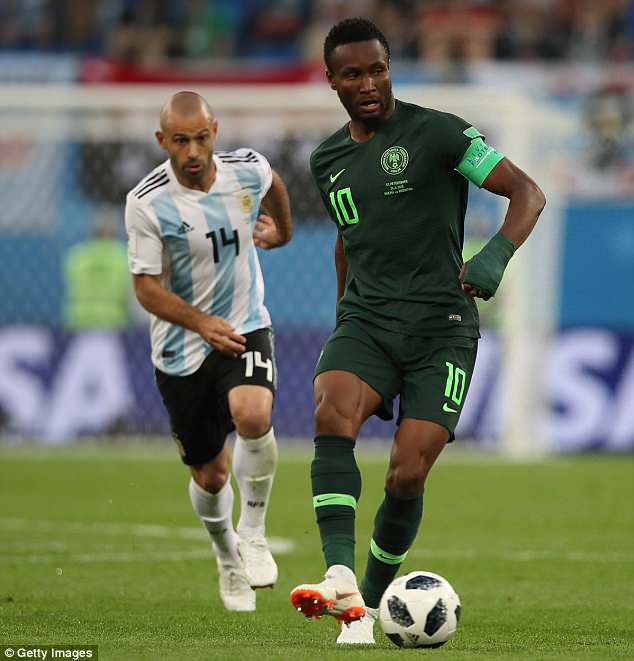 He did not confide in any of his team-mates or the Nigerian Football Federation before the match because he didn’t want it to be a distraction. “We are seeing a spate of terror attacks in some parts of the country which has already sown insecurity among citizens,” he said.

“I was emotionally distraught and I had to make the decision about whether I was mentally ready to play. I was confused. I did not know what to do but, in the end, I knew that I could not let 180 million Nigerians down.