Former Newcastle United Football Coach, George Ormond has been sentenced to 20 years in prison for abusing young boys over the period of 25 years.

The jury of six women and five men, who heard evidence from 50 witnesses during the six-week trial at Newcastle crown court, took two days to return the verdicts.

The jury returned not guilty verdicts on one charge of buggery and one of indecent assault.

Ormond, who was described as a “predatory paedophile” by Northumbria police, committed the crimes when he was a prominent coach at the boys’ club from 1973, and from 1993 to 1997 when he was assisting with Newcastle United’s youth coaching. 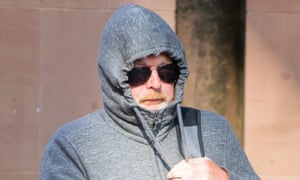 The victims, some of whom broke down and wept when giving their evidence, all said they did not tell anybody for years about the abuse they had suffered. Many said they had felt ashamed and embarrassed and were worried they would be ridiculed and not believed.

They said they were intimidated by the power and influence Ormond wielded on their prospects of a career in professional football.

One victim said Ormond warned him to keep quiet, telling him: “I’ve got your dreams in my hand. If you say anything, I will crush them.”

You really don’t have to judge a book by its cover. He has really scared the lives of these boys.