Kuulpeeps – Ghana Campus News and Lifestyle Site by Students
Home Uncategorized The 6 Stages Of Dating You Are Bound To Go Through In...
Facebook
Twitter
WhatsApp

Let’s face it: our 20s are an incredibly strange time to be looking for love. We are smack-dab in the middle of trying to figure out who we are and at the same time, we’re supposed to be getting to know somebody else and working out how they might fit into our lives. As a result, our love lives take a lot of strange turns. Though they don’t necessarily happen chronologically, here are several undeniable stages we all cycle through at one point or another.

You know when you’re young, you have a bustling life of your own, and you couldn’t care less about settling down? Yeah, there are guys or girls you meet at the bar who turn into the occasional romp but it’s not a big deal if you ever see them again. You have a thriving career, a busy social calendar, and enough sex appeal to stop anyone dead in their tracks. You avoid relationships because who has time for that drama? You’re loving your life and it’s loving you right on back. 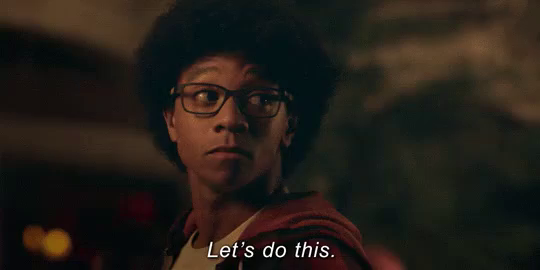 Okay, something happened. Maybe your best friend got engaged. Maybe your fuck-buddy grew persistent. Or maybe the honest-to-God love of your life just walked through the door and made you re-evaluate everything. But somehow you ended up here: In serious relationship land. And chances are you couldn’t be happier.

The first serious relationship you have in your 20s is refreshing because you get to play “house”. Nothing feels more grown-up than picking out living room furniture with a significant other. You encounter the terrifying realization that you’re actually old enough to get married and have babies and though you’re in no rush, you play around with the idea for a while. It feels like something that grown-up-you could do. Surprisingly, it’s a comforting thought.

There are no two ways around this: there is going to be one person who takes it out of us, hard, while we’re in our 20s.

The reason it’s so hard to get over the people we date as adults is because we aren’t just getting over the past, we’re getting over the future: the one we thought we’d share with someone else. It’s okay to let this stage take us totally out of the game for a while, even if it feels like wasted time. Re-writing the characters that we thought would feature in the rest of our lives is a time-consuming venture. And it’s one that begins with re-writing ourselves.

We thought we had it all in our first serious relationship and it turns out we were wrong. So once we get back up on our feet we are logically curious about what else we got wrong. Are we really monogamous? Are we really completely straight? Are we really relationship people at all or were we just trying to fit the mold of what society wanted? This stage is about exploring the options we haven’t considered yet because quite honestly we’re feeling confused. If things can fall apart for no reason, we think, perhaps they can fall together for no reason too. So we go out in active pursuit of nothing in particular. And we end up with a lot of weird stories.

That will be the mantra of this entire phase. You’ve dated seriously, you’ve dated casually, you’ve played the field, you’ve slept around and now the only relationship you want is with your couch. And the TV. It’s not so much that you’ve given up, as you’ve just grown exhausted with the entire ordeal. You don’t care to fake interest over happy hour drinks anymore. You don’t care to wake up in any bed except your own. You resolve that unless the Universe drops someone directly into your lap, you will just die alone and be fine with it. Maybe you’ll even get a pet.

This is perhaps the place we all end up at eventually.

This is the stage that exists once distrust has disappeared, enthusiasm has grown into a steady hum and we are ready to approach our dating lives with openness and honesty. We are okay being alone but we’re okay with meeting someone too. We have a general idea of what we want but it’s not a checklist where any one trait is a deal-breaker. Simply put, we’ve matured. Into people who are ready to approach dating as a genuine means of meeting somebody and putting work into figuring it out. Maybe it’s short term. Maybe it’s long term. Maybe it’s the relationship of our dreams. At this stage, all we want is to meet someone who we like and who likes us back. Which is perhaps what dating should have been about all along the way.