After a well-executed plan by Russia’s coach. Russia has qualified into the quarter-final.

Spain and Russia kicked off in a 1-1 score after a 120 minutes play. Sergei Ignashevich’s own-goal gifted Spain the lead. Then Gerard Pique conceded a penalty for handball to allow Artem Dzyuba to equalize.

After the whistle was blown for a penalty kick out. One could see the Russians jubilating. Looks like they had a secret formula.

One of the most amazing saves I’ve ever seen. Crazy game to PKs. Save wins the game, beating out Spain. Good for you, Russia. Wow.#SpainVSRussia #worldcup #ESPRUS pic.twitter.com/QF3hwnzCkc

The penalties ended in a  4-3 win after Russia’s goalkeeper, Igor Akinfeev saved balls from Koke and Iago Aspas to clinch victory. 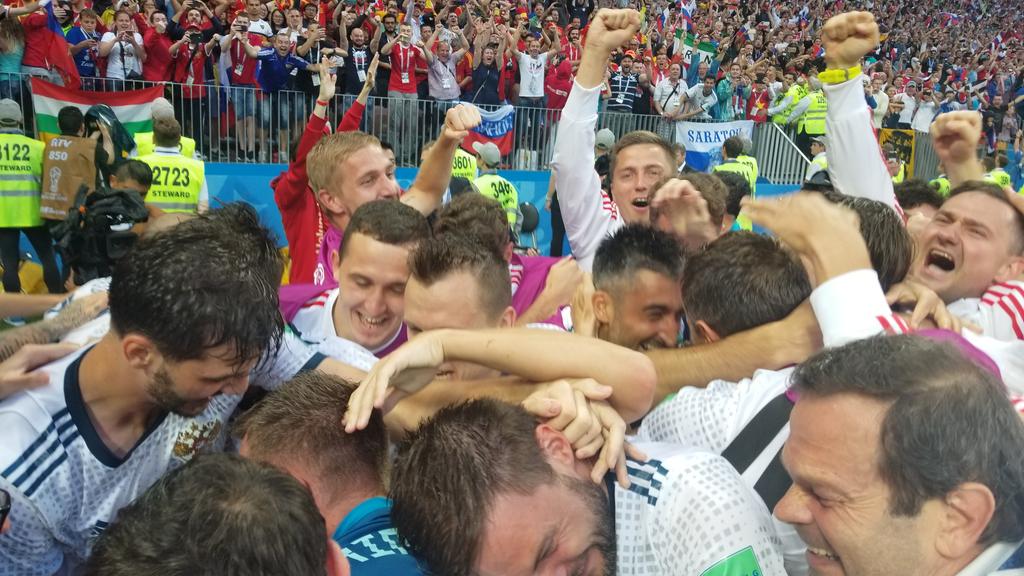 This ends the road for Spain. Host Nation Russia continues…