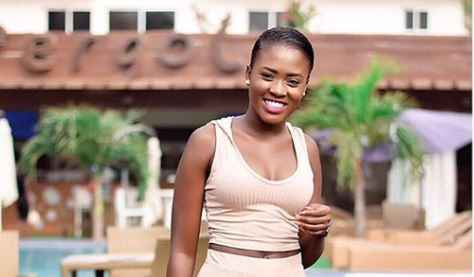 The Yolo star, Fella Makafui has reacted to a two-minute nude video alleged to be her. The Ghanaian Actress has opted to show part of her body closer to her butt in a video to prove she was not the lady in the leaked sex video which went viral two weeks ago.

The Yolo actress came under the attack a fortnight ago following reports that her sex tape had been leaked on social media.

In an Instagram video posted by zionfelixdotcom, the actress raised her shirt to show that part, which indeed did not have any tattoos.

According to the management, Fella Makafui has no tattoo on her back which clearly tells that shes not the person in the leaked video…