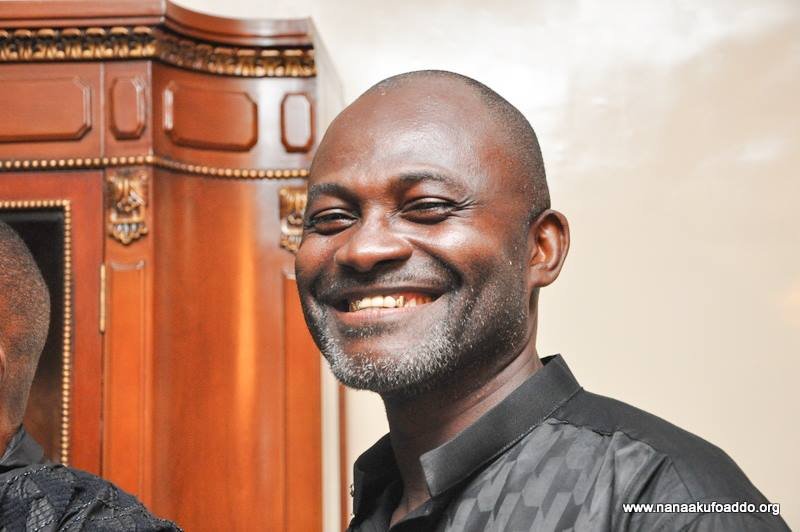 Our well-known politician, Kennedy Agyapong has expressed interest in becoming the next Electoral Commissioner of Ghana.

Just hours after the controversial removal of the electoral commissioner and her two deputies, the Assin Central legislator believes he could step in the shoes of Charlotte Osei.

“The President must consider nominating me to fill one of the three vacant positions at the Electoral Commission…,” he said on Accra-based Oman FM.

The dismissal of the EC heads has left three major spots in the country’s Electoral Commission vacant. What this means is that the president would have to, as a matter of urgency, nominate three officials who could do the job as spelt out in the 1992 Constitution.

In the meantime, there have been threats of demonstrations against Charlotte Osei’s removal. The opposition NDC suspects government’s “hidden agenda to rig elections in the future” through a new EC boss.

The threat of a massive demonstration saw the Ghana police issue a warning to the leadership of the NDC. According to the Police department, the party cannot embark on the said demonstration especially when they have failed to press in a notice five days before the protest as required by the public order act.

Meanwhile, a report from the committee which requested the removal of Charlotte Osei has been released. Sections of the report show that Charlotte Osei committed serious procurement breaches in all six instances.

The firing of Charlotte Osei and her deputies traces back to a 27-point petition filed by some angry workers of the Electoral Commission (EC) who cited instances of the abuse of power, mismanagement of public funds and causing of financial loss to the state as probable reasons for their dismissal. These angry workers claimed Madam Osei fiercely abused the powers of her office in the awarding of “fraudulent” contracts to some companies including the Superlock Technologies Limited (STL) and IT Firm, Dream Oval which she paid $76,000 to.

The decision has created a vacuum at the EC.

Will the President appoint the maverick politician to occupy any of the three vacant positions at Electoral Commission?