Hey Kuulpeeps, so over the weekend a lot of activities took place in the entertainment industry. Our main man Michael Dapaah released the video to his song “Man Don’t Dance” and it’s making waves from hitting 200k+ views in an hour and later in 15hrs hit an amazing 1 million views.

And now at a whopping figure of 3 million views. The love for Big Shaq is massive.

Check his tweet expressing his appreciation after the 200k+ views

Then in some few hours hit an ecstatic 1 million views.

The  British-Ghanaian comedian made his internet storm debut with his song “Man’s Not Hot”. Which took everyone by surprise when it made waves all around the world. His “Man’s Not Hot” video hit over 272 million views and it’s been just 7 months. 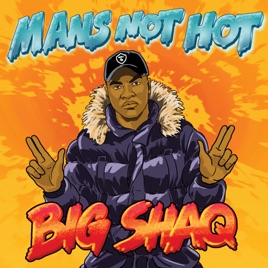 He’s got few surprises in the video and hey it’s Big Shaq so for creativity he’s got it.