Kurl Songx, Sister Afia, Obibini, DBlack’s BAM Family, Nana Yaa, plus a dozen others, lead the pack of supporting acts for the 8th edition of the event.

Wizkid, makes a grand return to the prestigious stage, after his momentous 2013 appearance. The “Mama” hitmaker, Mayorkun, and Mr. Eazi constitute the contingent representing the green -white- green. 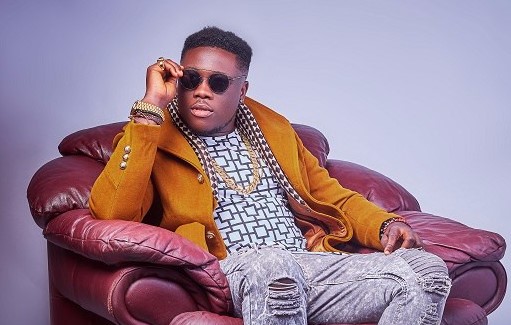 Regularly looked forward to, it has constantly served as the ultimate platform for the West African countries to execute their longstanding sibling rivalry in the area of music. Ghana and Nigeria have a lot in common musically and constantly collaborate on projects. The Ghana Meets Naija Concert has since its institution, has provided the opportunity for both countries to celebrate the diverse sounds which unify us at the same time.

Empire Ghana, organizers have announced that tickets are out at major physical outlets, and are selling for 120, 200 and 300 cedis. Tickets are available at LIVE FM, STARR FM (located in the Meridian House, Ring Road), opposite Ecobank, and close to Nima Junction. Other outlets include Accra Mall, Achimota Mall and West Hills Mall, as well as Empire Ghana offices (located at Ridge, Accra, close to Alisa Hotel).

Patrons can also download the Flexipay app on Playstore and Appstore, and make their purchase. Platinum tickets/ tables can be reserved on 050 564 6657 and 0558434907.

The 8th Ghana Meets Naija at the spacious FANTASY DOME, Trade Fair, La, Accra, is an answer to the call for a bigger event venue. The facility boasts state-of-the-art facilities and has already hosted a number of high-profile events.

The annual event has constantly proven a sought-after platform. It is therefore no wonder that, soon after the launch, rapper Yaa Pono, who is billed to represent the Ghana side of matters, started the ceremonial “big talk”.

Via Twitter weeks ago, the “Obiaa Wo Ne Master” man Ponobiom sought to question the readiness of his Nigerian counterparts at the event tweeting: “Dear Nigerian artist performing at #GhanaMeetsNaija are you sure you are ready for me on 9th June 2018 @ fantasy dome?”

Usually overbooked, the concert has previously been mounted by Shatta Wale, Sarkodie, Falz, Tiwa Savage, Davido, Naeto C, R2Bees and a host of others.

Over 5000 people are expected to attend the event.