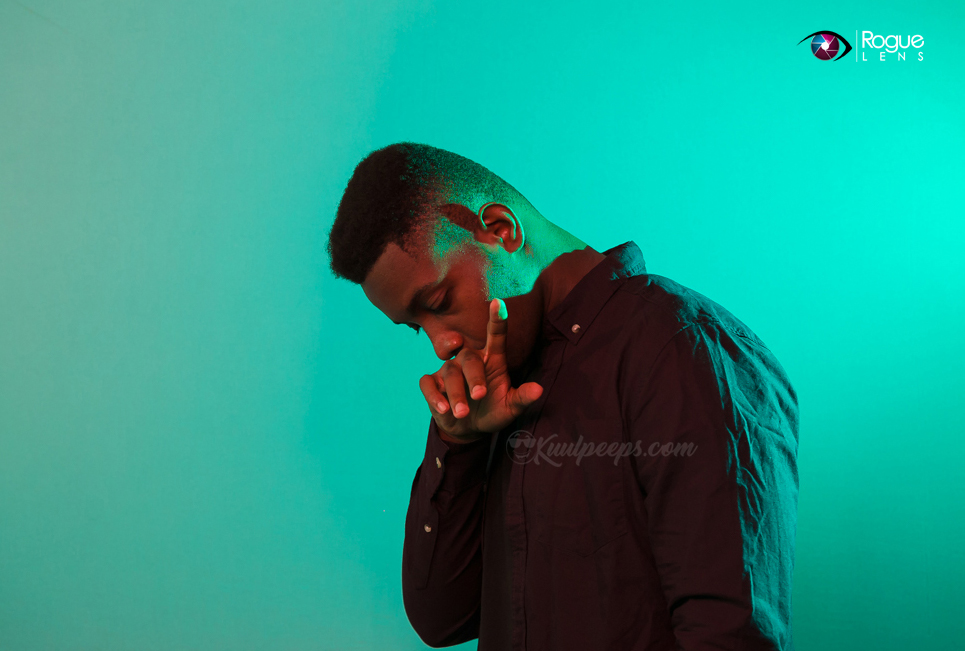 SNAPSHOT: Born Bryan Mensah on 3rd January 1996, Bryan has an 8-Track musical project entitled ‘Friends With The Sunʼ to his credit, a spotlight on Apple Music (Africa), Selected for Yfmʼs Hot Picks on the Dryve Tyme Show as well as several recognized placements from other media entities. ‘Darling Fallingʼ, a song off his debut EP has received massive attention from the masses. It also features ‘Grind Dayʼ hitmaker Kwesi Arthur. From performing at campus shows to touring with Worlasi, Bryanʼs music career has taken off pretty well. Another achievement is the successful launch and sales of his merchandise which includes t-shirts, sweatshirts, crop tops and baseball caps with the inscription ‘Me Ho Twa, Wallabow You? ʼ. The merchandise is themed from the title of the first single of his debut EP ‘Wallabow Youʼ.

ORIGIN STORY: Extensive Bryan was born in Accra to George and Christine Mensah. Bryan is the last born of three children of the same parents. Hence, his stage name BRYAN THE MENSAH whereby Mensa also means third born in Akan. He attended Alpha- Beta school and Lilliput School for his nursery and then moved to Bishop Bowers School for his Basic and Junior high school education. He attended St. Augustineʼs College for his secondary education and proceeded to Ashesi University and later BlueCrest University for his tertiary education. Throughout school, Bryan was always fascinated by music and art in general and always showed deep interest. At certain points in time during school, Bryan used Music as an escape from the society he was finding hard to fit into which made him a bit of an introvert as a child. Growing up, he then realized how much confidence being around Music gave him. His decision to become an artist was influenced by his early years spent with his Uncle who happened to be a radio DJ at the time.

2009-2011: Bryan started writing his own songs in Junior high school. Most of his influences at the time came from the R&B and hip-hop wave that had just caught on with the rest of the world as well as the hip-hop revolution that had begun right here in Ghana. E.g. Chris Brown, Kanye West, Tpain, Sarkodie, Edem, Kwaw Kese, Asem, Richie, Bradez, Skillions.

2011-2014: During this period, Bryan began to build relationships with other producers and artists that he had met both in School and out of School. His interest gradually skewed towards music production because he realized how much more creative it allowed him to be. So he grew his production skills over the years by working with the artists that he had become friends with. He officially started his music career in 2014 where he and a few other artist friends formed a Music Group called THʼFRVNCHMVN (pronounced the French men). They worked together on an album entitled ‘2.0ʼ which was executively produced By Nel Magnum (also known as NLMGNM or Ebo Roger). NeL Magnum is an alternative and contemporary producer who had production credits from artists like E.L, C-Real and other well-known artists. Further under the Groupʼs identity, Bryan familiarized himself with the hip-hop scene in the Greater-Accra region from performing at Shows and doing interviews.

2016-2017: Bryan moved solo in order to find his own sound and build his own music brand both as an artist and a producer.

PERSONAL LIFE: Bryan is the last born of three children born to a Christian mother and Father of Catholic and Methodist denominations respectively. His faith in the Catholic Church has been strong and consistent throughout the years with support from his parents and his family in general.

ACHIEVEMENTS: In 2017 after the successful release of his debut EP ‘Friends With The Sunʼ, BRYAN THE MENSAH got featured on Apple Music (Africa) as their new favourite artist for the month of October. This exposed Bryanʼs Music to a larger audience across Africa and made the public reception for the project extremely good which was very impressive for a debut project from an independent upcoming act. His music has also been featured on several Apple Music and Spotify playlists worldwide and has been featured by several media entities across Africa.

o MUSICAL STYLE: Bryanʼs music is mostly made up of hard kicks, gliding 808ʼs, complex hi-hat and shaker patterns, baritone singing, colourful melodies and reverbed chords. According to Bryan, these are his main ingredients and they can be used to create any kind of music and therefore, itʼs safe to say his style of music is ‘Contemporaryʼ because they are influenced by the urban Music that he is exposed to.

PUBLIC IMAGE: Bryanʼs public image, in summary, breathes a young, talented, self-aware and self-confident creative who is pushing boundaries and helping to change the general narrative of the urban African creative.

OTHER BUSINESSES AND VENTURES

Besides doing Music, Bryan is also a graphic designer and an entrepreneur. He runs a Design and development firm called PLEGISHES with a few of his colleagues from School. Heʼs also working in partnership with a growing clothing brand called Eastern Child. Eastern Child is based in Accra.

2017: Friends With The Sun – Album by BRYAN THE MENSAH

Movies: Spy Kids, Harry Potter, Are We There Yet, Like Mike, any Tyler Perry production. Series: Blindspot, Atlanta, Under The Dome, Everybody hates Chris