As you may already know, the UG SRC Excellence Awards took place on Tuesday at the Great Hall to give some accolades to well deserving students whose hard work needed some recognition, and like always we were there as your eyes.

The event, which was strictly by invitation was set to take place at 6 pm but it started around 8 with every notable SRC executive and position holder present, as well as nominees and their dates. The guys looked dapper in their outfits, the ladies looked amazing in their beautiful dresses and gowns, all with a touch of Africa.

The Red carpet started prior to the main event which started at 8 with the handing over ceremony where the newly elected executives were sworn in by the outgoing Chief Justice.

See Also: Legon: SRC Executives Get Sworn In At The Great Hall

As expected, there were musical interludes by a live band and performances from students. Cool right?! Well not for everyone cos a few people expressed concerns about how the DJ wasn’t allowed to ‘spoil there’… But hey, not everyday Gringo! sometimes, a classy live band is all you need!

The guests seemed to have had fun though, most of them were all smiles, sitting, clapping and looking pretty.

The MCs did a great job at attempting to liven the place up with some moves.

Awards-wise, there were a few Patapaas and fancy Gaddams but we can agree that all the other nominees were equally deserving and their hard work showed for it.

What’s an award night and dinner without food? There was enough food for everyone! Student baker extraordinaire, Nuel’s Cakes gave out free delicious cakes to the guests. The cakes were to die for!!

Anyway, in the end, everyone seemed to have had a nice time because the guests just couldn’t get enough pictures as most people stayed behind to socialize after the event had ended. 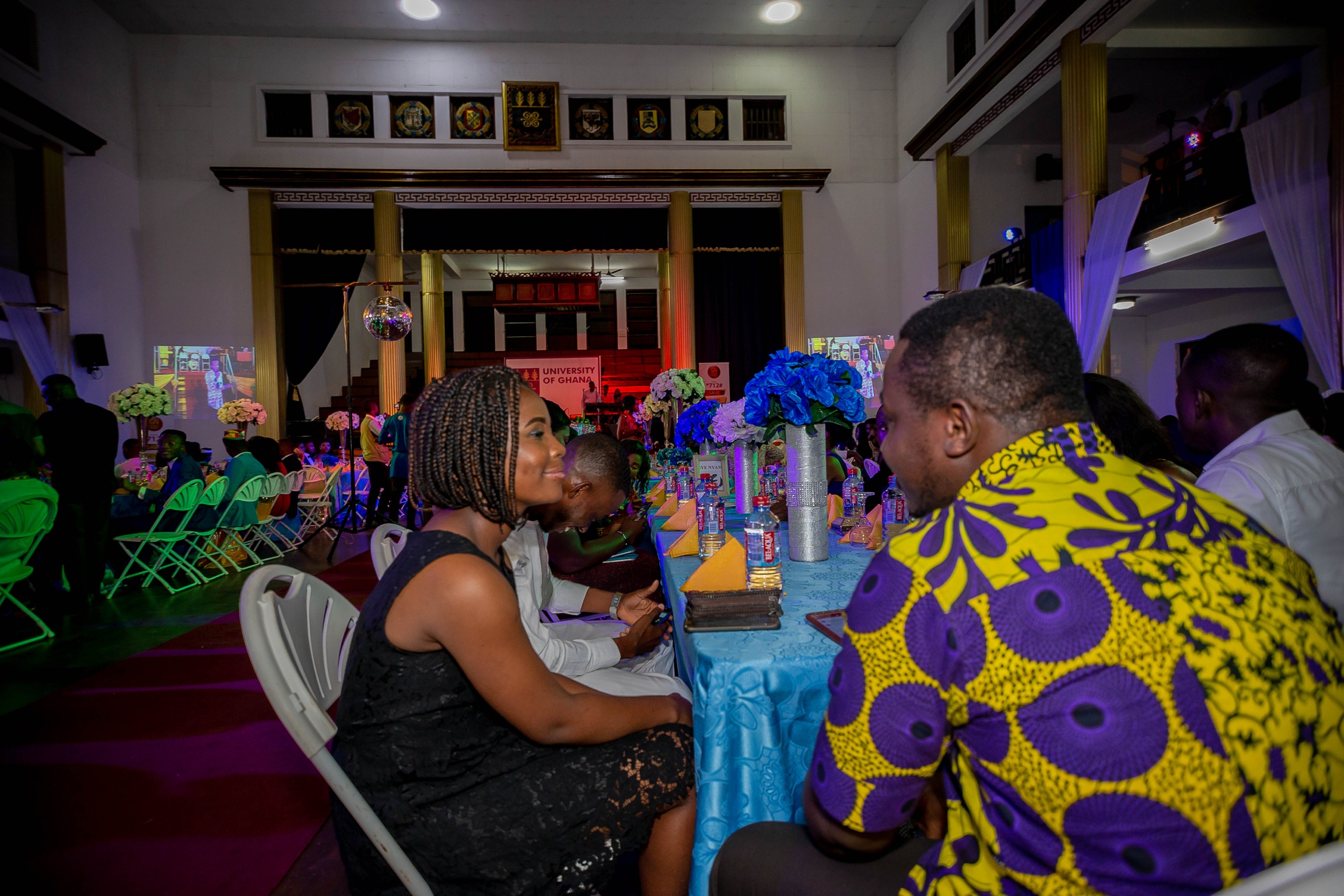 This pretty much sums up this year’s edition of the UG SRC Excellence Awards. Kuulpeeps, may God bless your hustle as you also endeavour to do great things worth some accolades, and maybe next year you’d be a nominee or a winner too.