We are not going to bore you with first telling you that John Dumelo has been snatched and he will be saying “Yes I Do” pretty soon to Gifty Mawunya Nkornu.

See Also: Is John Dumelo Getting Married And Breaking A Lot Of Hearts Right Now?

All those details are old now… but we fancy that Kofi Okyere Darko (KOD) is still getting his ass whipped online after his disparaging remarks in a Facebook post that was intended to congratulate John and Gifty.

After he got himself bashed online by other female celebrities, KOD went on to delete the post.

See Also: KOD Congratulated John Dumelo For Getting Married On Facebook – It Back Fired – Then KOD Deleted The Post

Ok, let’s get back on track here. We promised to tell you 5 things we know about Gifty and here it goes:

For education, Gifty is really sorted. She holds at least two degrees. She is a graduate of Central University and she also holds a Bachelor of Laws degree from the Ghana Institute of Management and Public Administration (GIMPA). Gifty was part of the 2016 graduating class.

Though Gifty occasionally stays in Ghana, she is mainly based in the United Kingdom, London. Her parents also live there. Now we know the moves John Dumelo has been picking whenever he visits London.

Some people are giving Nadia Buari credit for playing matchmaker for John Dumelo and Gifty Nkornu, we cannot confirm that. But what we can definitely say is that Gifty and Nadia are the bffs everybody needs. Yes, many people assume that Nadia is reserved… she might be… but not when she is hanging out with Gifty.

Gifty brings out Nadia’s alter ego… Not to Shasha Fierce’s level but for Nadia, it’s a big step.

She Hangs Out With The Mahama’s

In medieval times, John Dumelo and Gifty Nkornu’s marriage would be described as a marriage between two high borns. John Dumelo would fit the role of the Prince of the NDC kingdom who falls in love with Gifty, the NDC Princess who has been locked up in an ivory tower waiting for a prince who will prove he is worthy of her hand in marriage by slaying the dragon (elephant – pun intended). Gifty and the Mahama’s go way back even to the extent of babysitting Farida Mahama sometimes. 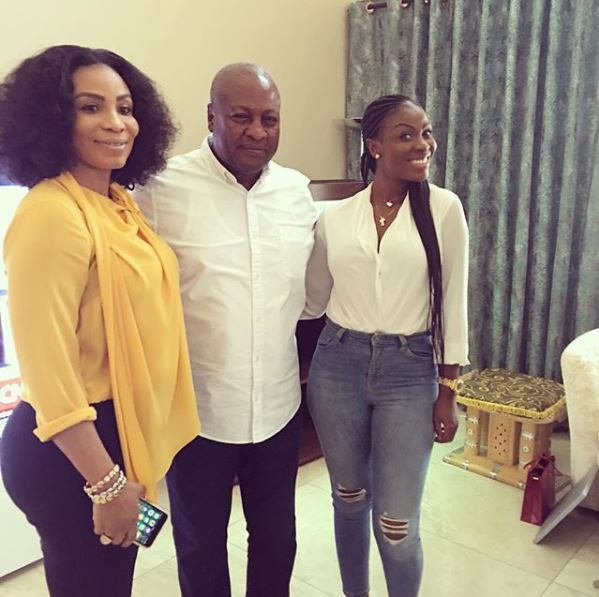 And of course, John Dumelo was there too. Who knows, H.E John Mahama might have been the matchmaker…

Sorry, KOD but Gifty is also a version of one of those girls who are everywhere… She might play in political circles but Gifty is definitely not a quiet girl…

Let’s bow out with more pictures of Gifty… 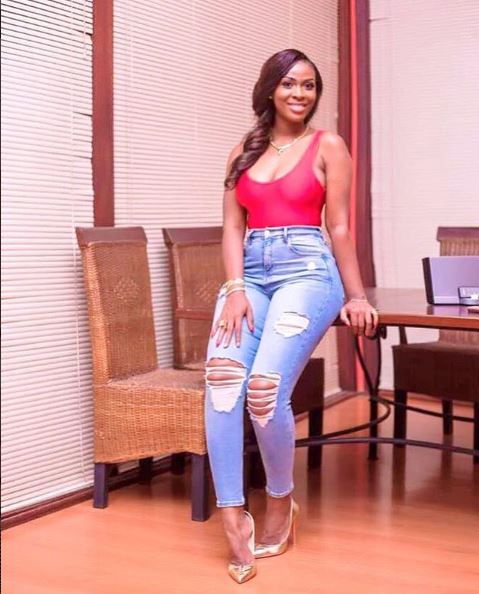