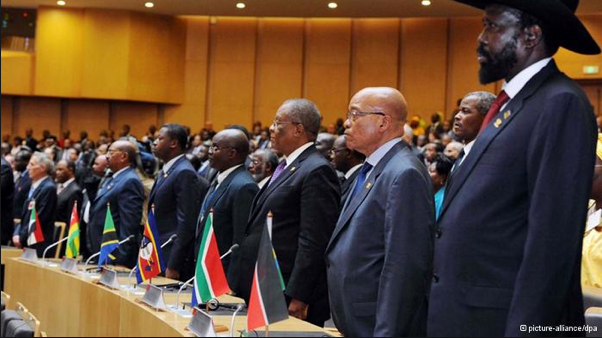 Leadership is one of the most critical factors for a successful future of Africa. Societies that invest in developing leadership talent are investing in their future.

“A leader is like a shepherd. He stays behind the flock, letting the most nimble go on ahead, whereupon others follow, not realizing that all along they are being directed from behind”-Nelson Mandela.

The belief in a universal bond of sharing fixes all humanity.

The Western world and its values have affected Africans deeply. Developed countries have always viewed our continent as a place plagued by corruption, dictatorship, military coups, greediness, misuse of power, incompetent leadership, politically as well as economically ineffective and suspicious leaders who undermine their own democracies. This was confirmed by the US President Donald Trump who recently described Africa as “shitholes”.

African leaders spent their time reacting instead of responding to the Western world perception of Africa. The past has affected the continent in such a way that our best brains continue to leave the continent in search of greener pastures. This brain drain has often resulted in a human capital deficit in most countries across Africa. We are now faced with the challenge of nurturing and shaping new models of leadership. Our heritage is important as we develop new concepts of African leadership.

Though the demand for effective and systematic leadership development in Africa is growing more rapidly than ever. Today, a critical shortage of upcoming leaders is responsible for the underdevelopment of African countries (Ugwuegbu, 2001).

They are under-performing as compared to their potential and could improve their performance by strengthening their leadership. In my candid opinion, the West only helps Africa to develop their own underdevelopment. Hence, our African leaders must live to the challenge by reversing the trends.

African societies are often challenged by market dynamics and lots of changes and technological evolution. A major attribute that makes a society stand out is the quality of leadership, which can drive up both personal and corporate performance. That’s why investment in leadership is a crucial mandate for the success of any society and the sustainability of its development.

Leadership is important everywhere in the world, but the way that people actually lead can differ by region.

In all African regions, leaders were seen as highly skilled at putting other people at ease, being fast and agile learners, and leading in diverse environments. They were also seen as resourceful and able to find creative solutions to problems, and having a high focus on outcomes and getting things done. Why did Africa our continent lose this?

“It is unfortunate that the leadership in Africa is far too often presented to the world in the form of dysfunctional and disrupt leadership. Africa has an abundance of sound and responsible leaders on all levels and dimensions of society. These leaders need to emerge and become visible. Leadership development is a key leverage point in the development and transformation of our beautiful continent”- Frik Landman

“Looking at the Middle East, leadership more often comes across as a “one-man show” rather than a reflection of teamwork and collaboration. Our Education System promotes individualism and most of the workplace culture revolves around recognizing and rewarding individual achievement rather than team achievement. This, in turn, results in staff working in isolated islands rather than working together to achieve a common goal.”-Mohamed Farouk

A boss who gives a lot of constructive feedback is more useful for development than a boss who does not give feedback. Africa faces many challenges, social, economic, governance and it has been said that a true leader addresses the issues of his time. It is for this reason that I personally believe that it’s vital for Africa to invest wisely in its future by developing leaders with the capacity to face these challenges and take Africa and her people to the next level.

There is a need for leadership development in Africa to emphasize the importance of teamwork, management for results, and speed excellence in execution. The focus in Africa should continue to be behind building talent. Leadership is such an important part of that focus.

These are the new challenges that are facing Africa and their leaders. On this noble day, I wish to remind my African colleagues about the question of stability and security. We could never get development with the present regimes, especially parts that are experiencing conflict and war.

For Africa to develop, we must first get a vaccination to cure tribalism, racism and favouritism whilst we embrace discipline and good attitude towards work which could be yield from genuine leadership. Let’s take our ‘Sankofa’ symbol into action and together let’s bring back our Africa.

About The Author: Adam Baako Hassan Suhiyini is a Level 400 B.Ed Early Childhood Care And Education student at the University For Development Studies-Tamale