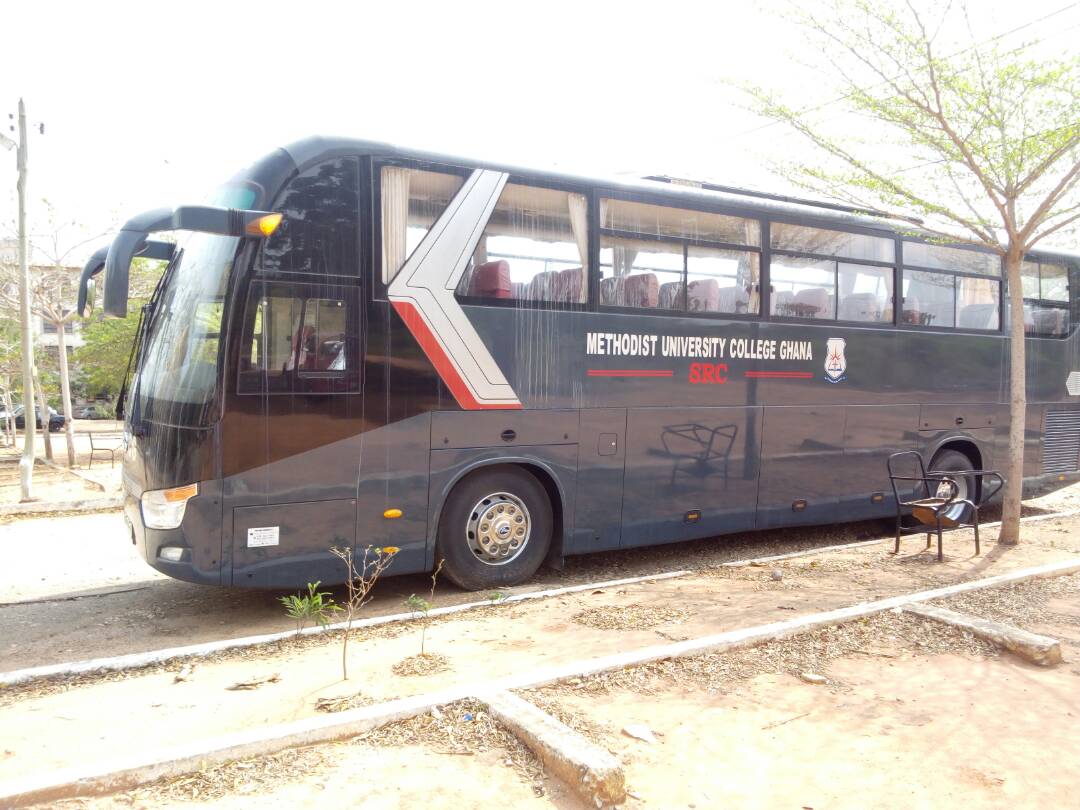 There’s an ongoing feud between Methodist University Dansoman and Tema Campuses because of a newly acquired bus by the university’s Students Representative Council (SRC).

Reports reaching us indicate that this feud is due to the fact that the current SRC President for Dansoman Campus claims the newly acquired SRC bus is only for the Dansoman Campus.

In 2015/2016 academic year, the SRC at that time informed students on Dansoman Campus (as far as we know) that they were going to purchase a bus for the university, to make movement easier for students, especially, during SRC trips and PUSAG games.

In relation to this, students were charged twice the SRC dues. Finally, in this semester, during this current SRC administration, the bus landed on Dansoman Campus Grounds.

Students on Tema Campus claim that they have not been given access to the SRC bus.

There is a screenshot been circulated by students on the Tema Campus which involves the current SRC President, making some comments we believe didn’t go well with the students of Tema Campus.

Information reaching us indicates that the SRC president said the bus belonged to Dansoman Campus only.

However, the students on the Tema campus also claim that they were equally charged twice the SRC dues for the bus, therefore, they should have equal rights to the bus.

We will bring you more news as this unfolds.