So after the recently ended Student Representative Council (SRC) elections, there was some issue over the number of votes and how legitimate they are…anyway, after some appeals, the Judicial Board (the judicial arm of the SRC) ruled in favor of a re-run at Volta hall and a recount of votes at Jean Nelson Aka hall.

Not too many were happy over the ruling and took to social media to rant.

Well, among them, one took it hot and got it hot.

The head of the Publicity and Information committee of the SRC has been convicted of contempt of court over certain written comments he made over the ruling of the Judicial Board.

In a series of Whatsapp status posts, the SRC PRO, Eleazar Fordjour Quayson popularly known as “Faculty” did a heavy roasting of the Judicial Board for its decision.

The Board, after a sitting on Monday evening at the SRC Union Building, found him guilty of contempt of the court.

The board issued that Eleazar must render an official apology via Radio Universe (the campus radio station) and a copy of the same to the Dean of Student’s Affairs, Speaker of the General Assembly of the SRC and the Chief Justice of the SRC.

Additionally, he has to pay a fine of GHC700.

The man has regretted already… 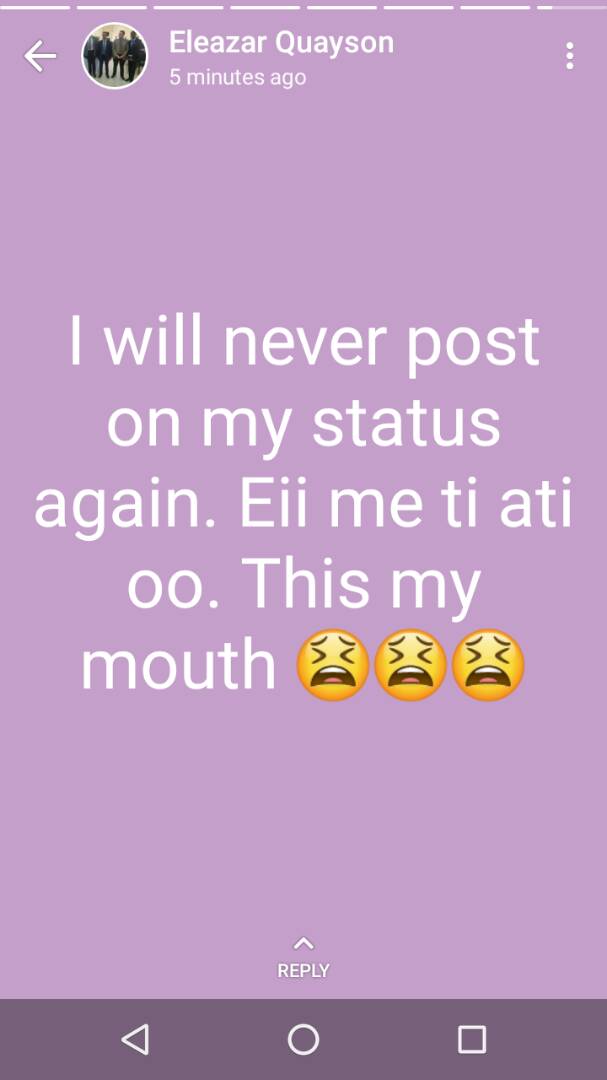 So y’all see? Your social media posts can land you in trouble so…watch what you post.