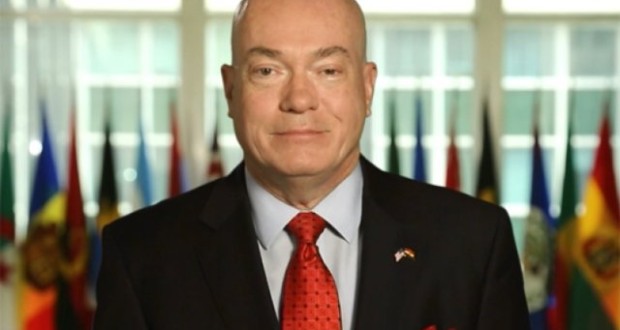 In the world of politics today – the National Democratic Congress (NDC) led a demonstration against the approval of the Defense Cooperation Agreement – which we have come to know as the US Military base agreement between Ghana and the United States.

The NDC’s concerns are that the government has given free access to the country to a foreign troop and that this has the potential of negatively affecting our own national security.

But the United States embassy wants us to believe that the agreement is not that of establishing a military base here but a simple legal framework that covers the “rights and responsibilities of both nations when the U.S military is present in Ghana with permission from the Government of Ghana, and for purposes that the Government of Ghana decides are appropriate.”

See Also: The Pros And Cons Of Having A US Military Base In Ghana

“The Defense Cooperation Agreement (DCA) between the governments of the United States of America and the Republic of Ghana is not a base agreement,” the statement reads.

Statement on the Defense Cooperation Agreement between the United States of America and the Republic of Ghana: pic.twitter.com/STrn9cSthH

This statement comes after the NDC embarked on a Demo today.

Mahama Ayariga appeared on a horse mainly to lightened the mood, we think.

That’s because there is a current criminal case ongoing that has its roots deep in the US military base saga.

The treason charge filed against the Deputy Secretary of the NDC, Koku Anyidoho was as a result of him saying that H.E Nana Addo will be overthrown in a coup d’etat because of this US deal.

Currently, a judge has given the order for the police to seize all of Koku’s electronic gadgets to aid them in their investigations as they build a treason case against him.