Mostly found on the streets of Accra today, it is common to see both men and women selling a milk product combined with millet, popularly called Burkina or Brukina. The drink is locally produced with local ingredients of millet and milk.

Made from ancient grain, millet, with milk, salt and sugar, Burkina has gone from just being a beverage to food that satisfies the pangs in the stomach of many Ghanaians.

That leads us to the question of the day: Is Burkina good or bad?

Let us break down the main components of this drink and address them one after the other. The two main ingredients of  Burkina are MILLET and FRESH UNPASTURIZED MILK.

Millet is so important because of its uniquely high content of nutrients, including impressive starch levels, very high B-vitamin content, as well as calcium, iron, potassium, zinc, magnesium, not to mention being a healthy source of essential fats in the body. The millet component of this drink, with its high nutritional value, offers health-promoting activity equal to or even higher than that of vegetables and fruits. 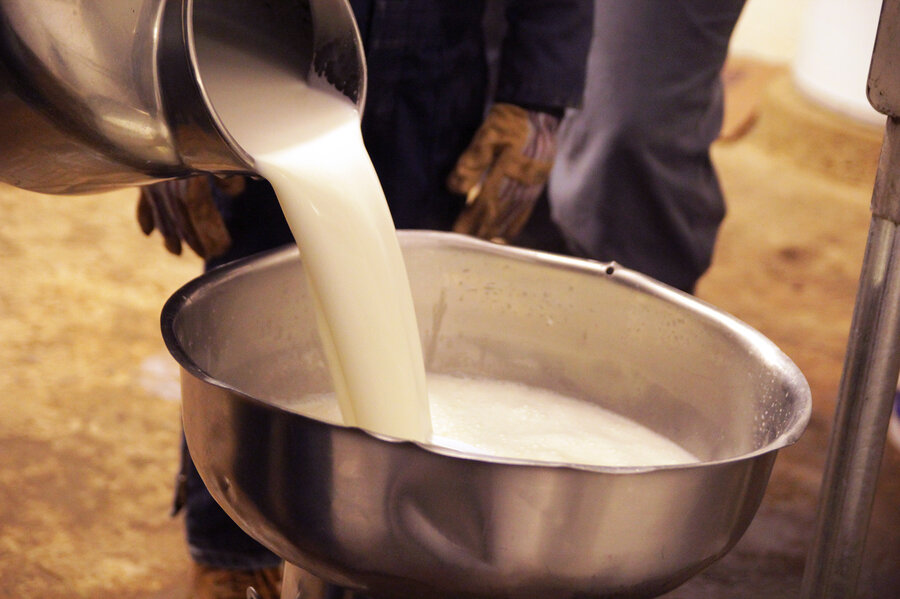 Raw milk is one of the darlings of the all-natural diet world, but that doesn’t mean it is safe, or that it has all of the benefits cited by its advocates. While raw milk might have health benefits, the risks might outweigh the advantages, and the U.S. Food and Drug Administration has gone so far as to recommend that humans restrict their consumption of raw milk.

Educate yourself with the facts so you can make the best decision for the health of your family.

Raw milk is essentially milk that’s consumed straight out of the cow’s udder. Other types of raw milk, such as goat’s or sheep’s milk, are also consumed but are less common as compared to raw cow’s milk. Raw milk isn’t heated or processed in any way. In addition to the nutrients that raw milk has, it can also contain bacteria or parasites that can cause serious illness or health problems, depending on the condition of the cow being milked. These harmful bacteria and parasites are what cause the controversies over the benefits and risks of raw milk.

The primary reason people opt to drink raw milk is that they believe that the heating and pasteurization process destroys the nutrients that milk contains.  However, a 2009 article published in the “Clinical Infectious Diseases” reports states that this is not the case. Other people claim that raw milk tastes better than pasteurized milk, and many others choose to drink raw milk because they want to support local farms, which is certainly a benefit to small communities.

The risks associated with drinking raw milk far outweigh the potential benefits. Raw milk can be contaminated with bacteria such as Salmonella and E.coli, both of which cause abdominal pain, nausea, vomiting and diarrhoea, in addition to other illnesses that can require hospitalization. In more serious cases, they may cause death.

Pregnant women and children should never drink raw milk because they’re at the highest risk of developing catastrophic symptoms from bacteria and parasites. It is safe to drink milk that’s been pasteurized and stored at temperatures at or below 40 degrees Fahrenheit. It is recommended that if you purchase milk from a local farm, always ask the farmer if it has been pasteurized. Check labels, too! If a bottle of milk doesn’t explicitly state that it has been pasteurized, chances are it hasn’t.

The goal of this article is not to force people to stop drinking Brukina, but rather to provide advice and promote caution when it comes to purchasing and consuming raw milk. It is important to be careful with your selection of which type of milk to buy due to the different conditions under which it’s being processed (or not).

Raw, unpasteurized milk comes with its benefits as well as its disadvantages, problems and dangers. Just be extremely careful about how, when, and from where you consume it.

Randy Kotey is a Fitness Coach/Personal Trainer. His love for helping others achieve their fitness goal started when he was a teenager. As an individual who struggled to gain muscle himself, he researched extensively on fitness and healthy living in order to give others a smooth transition into it as he didn’t enjoy that privilege. To know more about Randy Kotey, you can check the following social media handles:

5 Major Reasons You Are Not Losing Weight

Can Squats Make Your Butt Bigger? Here’s What Actually Happens