Day two of the Pent Hall Week 2018 was climaxed with the Bɔlεεros Machomanday competition which was held on the basketball court of Pent block C.

At the end of the powerlifting event, three strong men were adjudged as the top three bodybuilders of the Bɔlεεros Machomanday competition.

Here are the top three bodybuilders of the competition: 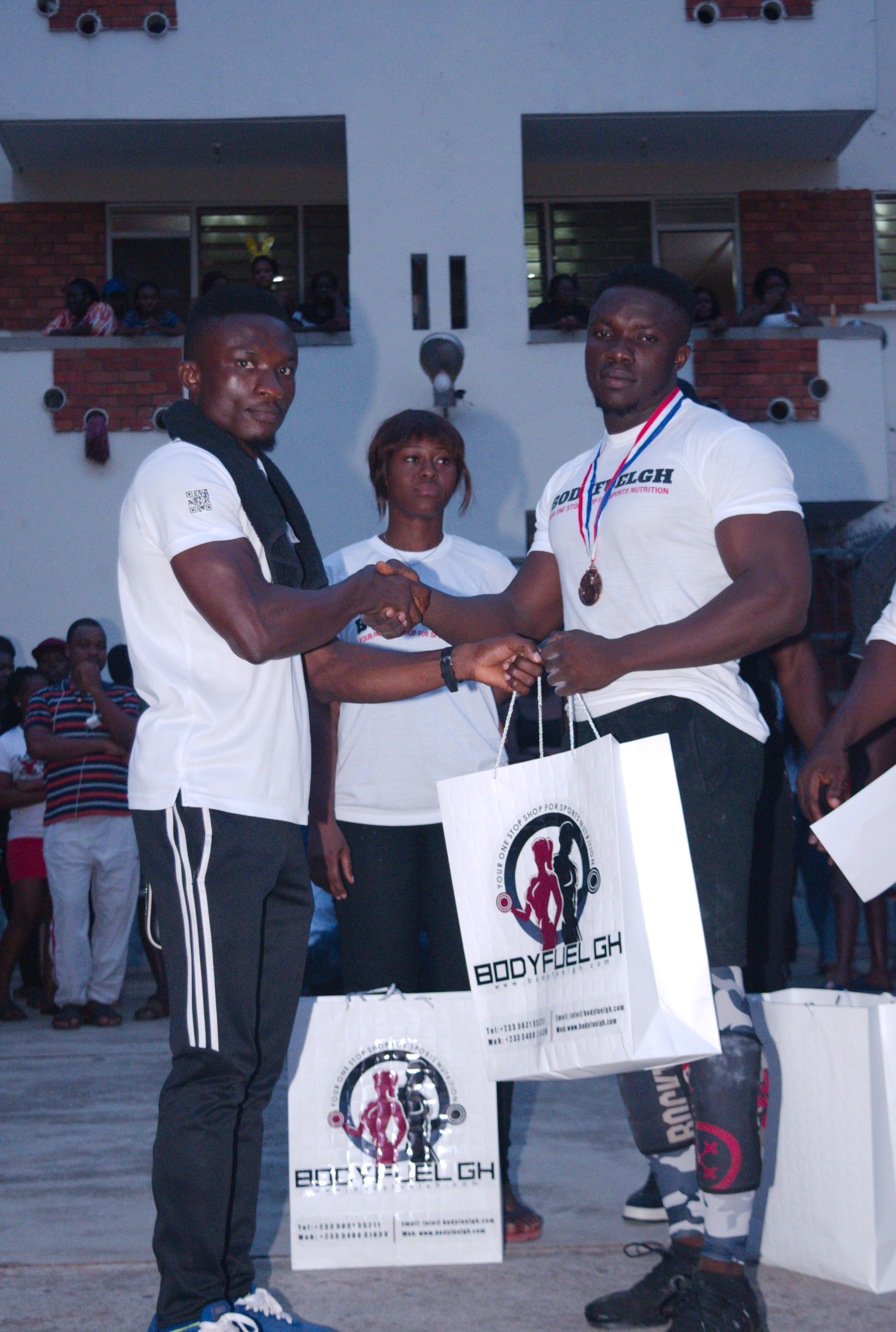 Sauce won the Squat event and also did well in the other two events in order to be adjudged as the third best bodybuilder of the competition.

” Basically, I don’t give up I’m always in the gym 24/7. I don’t drink alcohol, I don’t smoke, I don’t do drugs. I am always training. I train like five times in a week and I also don’t take any form of supplements to boost my muscles, the muscles I have was gained naturally”.

Jordan was very impressive in all three competitions. His determination and resilience was clear and thus emerging as the second-best bodybuilder of the competition

“Bodybuilding was something I wanted to do for myself and I never gave up on the dream so I worked and worked and worked to get to where I am now. I also want to join the army so I feel powerlifting gives me the chance to stay fit and strong at all times”

And now the overall winner

Ben Black won both the bench lift and deadlift events and also came very close in winning the squat event.

When asked about what motivated him to start bodybuilding, and what he eats to boost his body, this was what he said:

“Well, I have the height and way back I was slim, and I used to see people of my height building their body so I decided to start bodybuilding, so basically, that was what motivated me to start bodybuilding. I visit the gym every day, in the mornings and the evenings throughout the week, no rest for me”. I’m okay with any food, I don’t stick to a particular type of food to boost me in building my body.

Congratulations to all the winners!