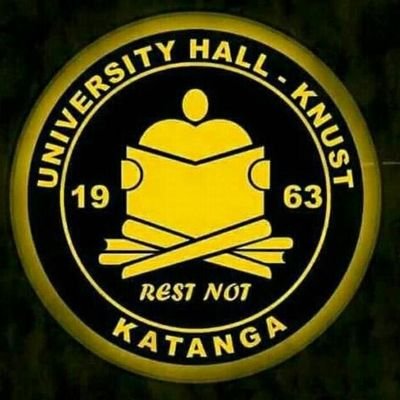 In view of the VC’s intention to turn the all males halls into mixed, Katangees and the Continentals are not sitting back. They are doing everything possible to stop the VC’s plan.

See Also: Is It The End For Conti And Katanga?

Here are the details of the press release.

As students and affiliates of the University Hall, we would like to express our displeasure at the recent announcement made by the Vice Chancellor, Professor Kwesi Obiri-Danso and the Dean of Students at the Students’ Chaplaincy Council (SCC) meeting on the 28th January, 2018. The said persons publicly made it known that the University Hall from the beginning of the next academic year would be converted into a mixed Hall with underlining reasons. This is a decision we vehemently oppose.

Based on the said declaration, there appears the need to meet the directive of the National Council on Tertiary Education to attain “50-50” enrolment with respect to sex. Per the directive, there is no stated demand from the Council to convert our hall to meet its objective. Does this mean if the school has 60% boys, 10% will be sacrificed to meet this objective? Are the 504 boys who will be sacrificed for girls going to join different halls? If no, do they join hostels off-campus? The same off-campus declared unsafe for students? Let us not play blind to the high cost of hostel rooms.

The Vice Chancellor’s directive to increase girl enrolment in the Science, Technology, Engineering and Mathematics (STEM) related programs by 40% before 2025 is very laudable and encouraging. This will represent an obvious increase in girl student population in the said years and an increase in the general student population. The anticipated increase in girl population, the need to allow girl continuing students to apply for accommodation in the halls on campus for security reasons and the mere fact that the said halls do not have the required rooms to cater for the perceived increase calls for the construction of more residential facilities on campus. We seek to know if the girl continuing students studying other programs aside STEM be allowed to apply for accommodation in the halls?

Anyway, could the bid to increase girl enrolment in STEM programs be to the deterrent of boy student? Is it fair to say that prospective boy science student should have lowered expectations when buying the admission form? Why this piecemeal and misandrist approach?

We are also of the view that what is good for the goose is also good for the gander.  If a girl is deemed unsafe off-campus, can’t the same be said of a boy? Considering the known fact that each student, be it a boy or girl pays for security. Is equality being ignored?

Per the given statistics, roughly 1,300 bed spaces will be allocated to females in the two male halls. With the said bed spaces to be shared between continuing girl students and girls in the first year, what happens to the many other girls staying off-campus? Does it become safe because of the mere decrease in population? Vividly, the campus is safer, so why not increase the residential facilities?

Over the years, our Hall, having adopted the name “Katanga” has taken the responsibility of enforcing students’ rights as well as addressing social problems at large. The construction of the Students’ Clinic, the formation of NUGS,  the construction of speed bumps and the introduction of one-way traffic system to control over speeding and the introduction of more taxis and shuttles to address transportation challenges on campus came about as a result of the agitations, petitions and demonstrations by the students of Katanga. Our hilarious yet educative hall week celebration dress codes have been used to encourage religious cohesion and the Free Compulsory Universal Basic Education to say the least.

Quite recently, the Fellow’s Classic (FC) Friday was launched by the students of the hall to address social, political and economic issues. The maiden edition was used to address the increasing suicide rate in the school and nation at large. There is the need to state some of these achievements because the Vice-Chancellor in his address at the said SCC meeting stated that female halls and mixed halls do not go on demonstrations. Could this be a reason for our hall being converted into a mixed one? Could this be a clear attempt to cripple students’ activism? For the immediate purposes, why not increase the toll of girls in the already existing mixed halls?

Based on our positive strides made in the history of the school, quite recently, the immediate past Vice Chancellor of the school, Professor W.O. Ellis attributed 78% of his success to Katanga. The hall should then be seen as bedrock and not a burden. In line with our mantra, “the destiny of the University lies in unity, solidarity and positive dynamism and for that matter, KATANGEEISM.”

Owing to the reasons outlined and the urgency of the matter, we the students of the University Hall, Katanga, call on the members of this committee to reconvene and overturn the said declaration before 2nd March 2018.

We end here with all gratitude knowing our concerns will be treated with utmost urgency.