Akon, the RnB recording artist is reportedly engaged and set to marry.

The boss of Konvict Music, that was reportedly in talks to sign deceased dancehall artist Ebony Reigns, was spotted with his fifth wife-to-be as they both stepped out for a romantic pre-valentine’s dinner. 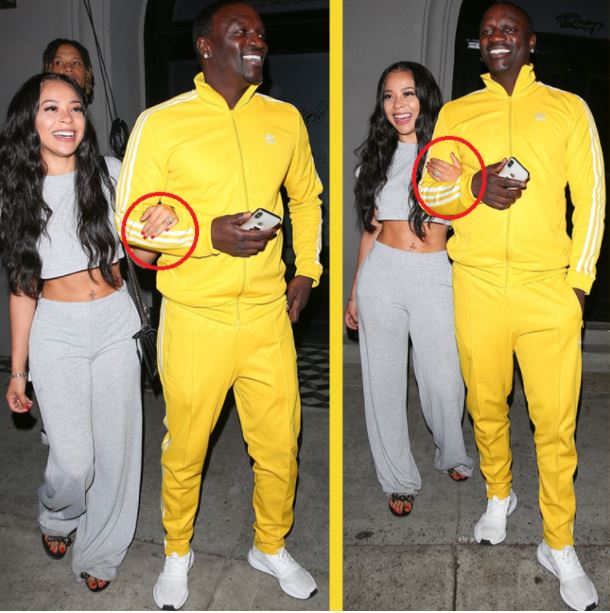 The American-Senegalese singer is a practising Muslim who is currently known to be married to four women.

It is not clear if he has divorced any of his wives that include Rosina Bruck and Tomeka Thiam.

Islam allows men to marry up to four women.

But from all indications, Akon is taking the walk down the aisle with another woman and she would be the fifth woman Akon is doing that with.