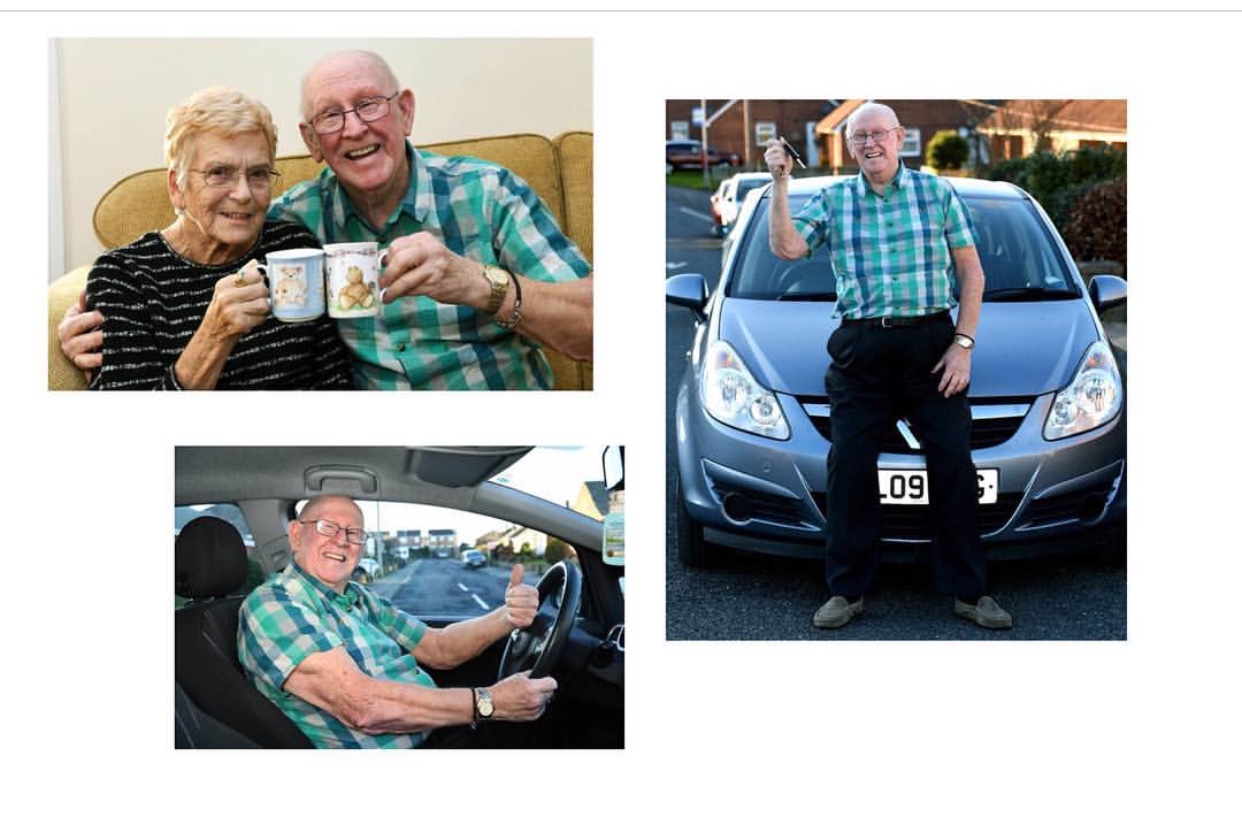 Listen when we say this couple are couple goals they are really it.

Relax, let’s explain why we dubbed Mr and Mrs Limbert as couple goals; Mr Limbert, a 79-year-old man just recently learned how to drive just so he can take his sick wife to the hospital.

Mrs Limbert was driving her husband around during their 58-year-old marriage till she recently fell ill, she suffered a stroke in October 2015.

Mr. Limbert failed his driving test twice but he never gave up, they say the third time is a charm right? well after the third try he passed and got his license, he now takes his wife to get coffee, they go to the park at times to “watch the world go by”.

He also takes her on her hospital trips to get treatment for breast cancer, she was diagnosed for the second time 18 months ago.

The couple met when they were 16 years old, they have three children and three grandchildren.

”My wife drove me around for 40 years. She has looked after me long enough and I think its about time for me to look after her now”, he told CNN.

If that isn’t goals then we don’t know what goals is.. Get you a Man like Mr. Limbert this Valentine’s Day or Year!!