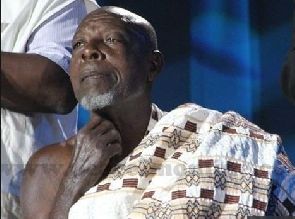 The actor passed away on Tuesday, February 13 at the Swedru Government Hospital in the Central Region.

The 84-year-old veteran actor had been out of the public’s eye for some time due to his illness and had been living in Agona Swedru.

According to his son, Simon Darko, his late father “wasn’t feeling that well” and was rushed to the hospital on Saturday, February 10, but was confirmed dead around 7:15 am Tuesday.

Super OD, who started acting in the 1970s, gained national prominence in the 1990s for roles in popular series, Akan Drama on Ghana Television.

He was part of the Oppong Drama Group which later became known as Osofo Dadzie Group.