So, almost everyone has had earfuls of hype about the most anticipated movie of 2018. Black Panther!! Guess what! it finally came to cinemas last Friday! You have probably been drowned with facts about the movie already but … with the excitement we have for Black Panther, too much is never enough so here you go again!!!!

1. He is the first black superhero

Created by top marvel illustrators, Stan Lee and Jack Kirby in the late 1940s, T’challa (Black Panther) was the first black character to be used as a superhero.

2. T’Challa is the king of a nation

Imagine your president or chief going out to fight crime in the streets of your neighbourhood. Can’t? Well, T’Challa happens to be the King of a fictional east African country named Wakanda. And he puts on a suit and goes out to protect the kingdom from intruders. Now that would be a new thing for the president to take on.

3. Black Panther is just a title 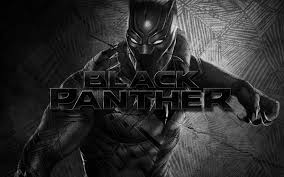 The term “Black Panther” is a title given to the current ruler of Wakanda and not specific to T’Challa. Anyone who assumes the power of king gets to be the Black Panther.

4. He is the richest fictional character according to Forbes

In a 2017 rating by Forbes, T’Challa was given the rating as the richest fictional character with a net worth of $90.7 trillion dollars!!! Yup, that’s a lot of dollars. This is possible because Wakanda produces a rare and very valuable metal used to make T’Challa’s suit and captain Americas shield. Speaking of suits…

5. T’Challa combines the use of physical strength and science
The black panther must train for years before taking up the mantle. By then, he would have a nearly superhuman strength and mental capabilities which would enable him to lead the nation.

6. T’Challa’s bodyguards are all female The “Dora Malaje” is a group of badass female guards assigned to protect the king at all times and costs.

7. The movie is set in the Marvel universe

Black Panther takes place after the events of Captain America: Civil War and explores what happens when T’Challa returns home after the death of his father, T’Chacka.

Yup, a fourteen track album produced by Kendrick Lamar and SDE specifically for the movie is out and features appearances from the weekend, Khalid, schoolboy q, Travis Scott and Kendrick himself!!

9. The movie is being released in black history month

February is black history month, a time when all people of African descent over the world come together to acknowledge the struggles of influential individuals. The fact that this movie features a mainly black cast, with a black director. The album produced by an award-winning black rapper, on black history month, with this being a movie celebrating Africa and African heritage. This is certainly a movie to be remembered.
So, what are you waiting for, grab your tickets, wear that dashiki and march to the Silverbird Cinema because…..Wakanda forever!!!

“Autobots, Roll out!” Two ‘Transformers’ Films Are In Development

Do You Know This Accra Aca Student? Wyclef Is Looking For...

Nii Okai Tetteh - January 29, 2020
0
An Accra Academy student went viral last week with his killer lines and rap skills that only reminds us of our icon,...

Salaries Of Over 10,000 Government Employees To Be Stopped

Coronavirus: Ghanaians Can Contact The Foreign Mission In China On These...

Do You Know This Accra Aca Student? Wyclef Is Looking For...

Salaries Of Over 10,000 Government Employees To Be Stopped