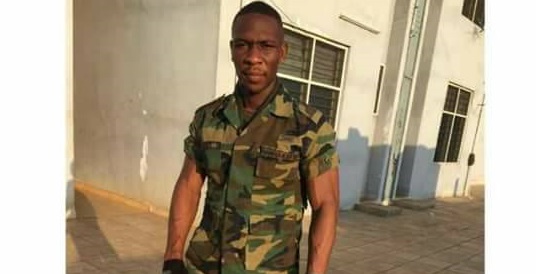 Ebony’s untimely passing has shocked every Ghanaian, whether you enjoyed her music or not.

She died in a gory car accident when she was returning from visiting her mother Beatrice Oppong who had returned from the United Kingdom in Sunyani.

With her in the Jeep was Ebony’s friend Franky, a military officer – now identified as Francis Atsu Vondee and a driver, who reportedly survived the accident.

He served in the Ghana Air Force with a rank of a Leading Aircraft Man (that is equivalent to a Lance Corporal in the Army).

“The military is investigating how Francis Vondee got himself involved with Ebony,” Colonel Eric Aggrey-Quarhie, the Director of Communications at The Ghana Armed Forces told Kuulpeeps.com in an interview.

Francis was a bodybuilder, he was part of a group called Sexy The Body, that championed bodybuilding.

He is a native of Adidome Mafi in the Volta Region where he also attended Sogakofe Senior High School.