What is the essence of a wife?

What makes a woman marriage material?

Is it her beautiful eyes, boobs, butt?

What makes you see a woman and you go like, “damn I want to marry her”

Note that we are not saying hit or smash her.

We are asking whether her complexion, legs or height makes is the kick.

Or it is her manners, her career, her bank account?

Could it be the fact that, she can cook you a meal?

For about two weeks now, Facebook has been debating what makes a woman marriage material.

It all started when a certain Ghanaian in the United Kingdom posted pictures of local food with a caption that read “My buddies; Akosua, David, Kwasi Aboagye of Peace & Neat FM came around today and the Mrs cooked us a nice meal! There are two types of women; those worthy of marrying and Yaanom! If you don’t understand; that’s why you are still single in your nothingness…”

Now people were taken aback by the caption that seemed to suggest that it is only good to marry a woman who cooks.

That is equating a woman’s worth to her abilities in the kitchen and a female is not marriage material if she cannot cook.

The Facebook comments have been coming in by the hundreds since the above comments likened a woman cooking to slavery. 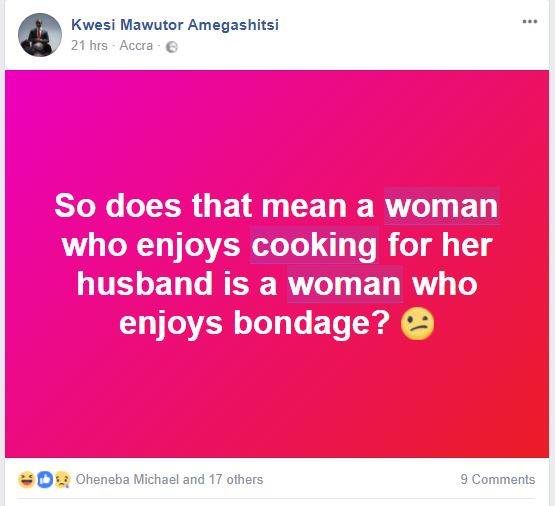 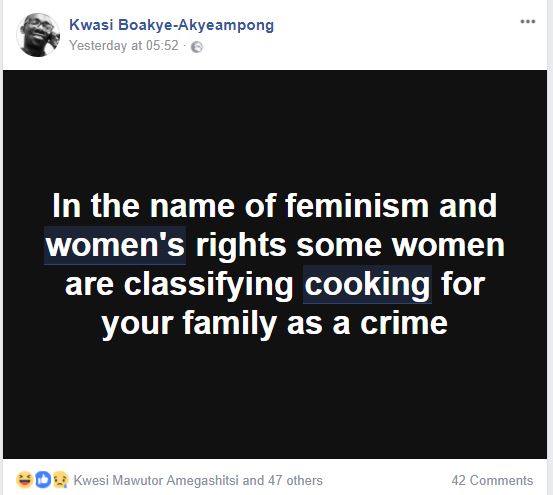 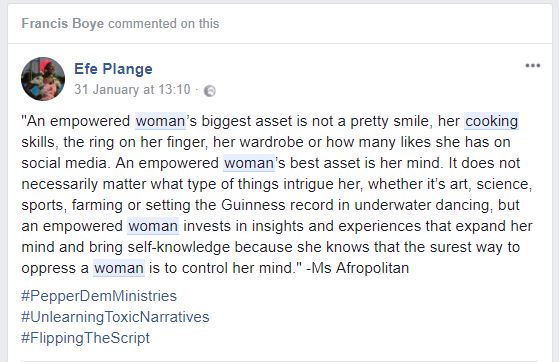