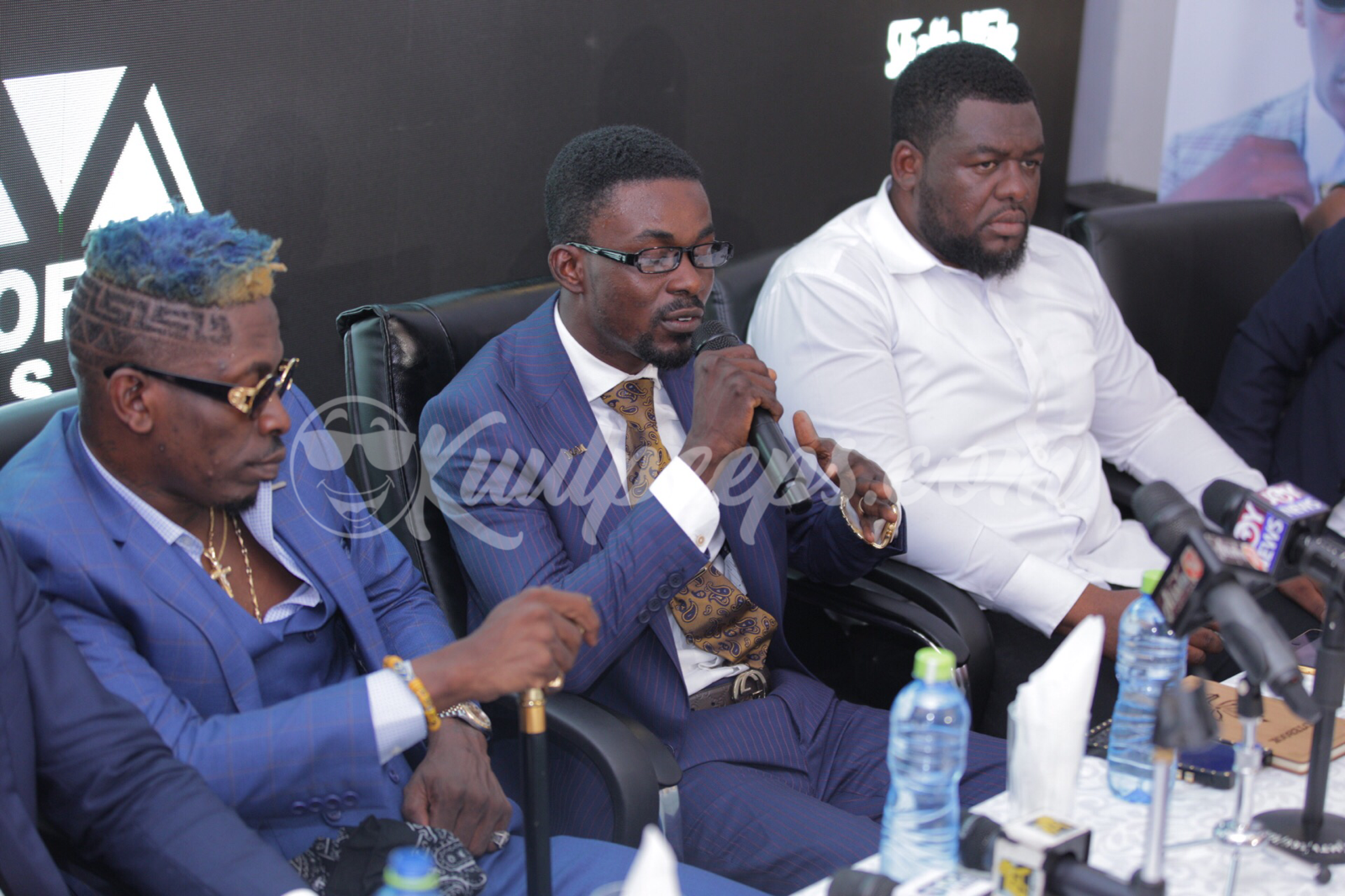 In football terms, Shatta Wale has become the most expensive player in the Ghana music scene.

Nobody has been signed to a record label with much funfair quite like Charles Nii Armah Mensah- Shatta Wale.

Though his unvieling as a Zylofon Media artist would also qualify as the most publicised music label signing, Shatta Wale and Zylofon Media have been able to keep the details about his contract under lock and key.

For it’s worth, the only concrete detail we know about his contract is that it is for three years, signing fee will be paid, a house and a car will be added and that’s it.

But as Shatta Wale joins Zylofon Media, these things are assured.

He will get reunited with former manager Bulldog. Bulldog currently works as an artist manger at Zylofon Media and by effect, Shatta Wale will become one the many artists he manages under the Zylofon Media record label. Despite the two having a falling out in the past, they seems to have put the past behind them.

See Also: Check Out This Shatta Michy Throwback To When It All Started For Shatta Wale

The Zylofon Cash that was recently lauched has been touted by Zylofon Media CEO Nana Mensah Appiah as the game changer for musicians. People signed onto the platform get to make money for their craft. If Shatta Wale indeed has a larger fan base than any other musician then he stands to earn a whole lot of money from this deal. He gets to monitize his music in an entirely new way than ever before.

Shatta Wale may finally get to be the big brother to Stonebwoy as he had always hoped for. The Bhim Nation against Shatta Movement rivalry has been epic so far. But with industry enemies sharing a home, they get to match boot for boot. Besides they both have access to the same resources, now is the time they each get to prove who the best dancehall artiste in Ghana is.

Next cool thing for Shatta Wale in this deal is the long joyful walk to the bank. $1.5m is no small money. Whether less or more than that, the fact that $1.5m is being mentioned tells us that the money involved is no small sweat. As for the house and whether Rolls-Royce or Fortuner, only time will tell.