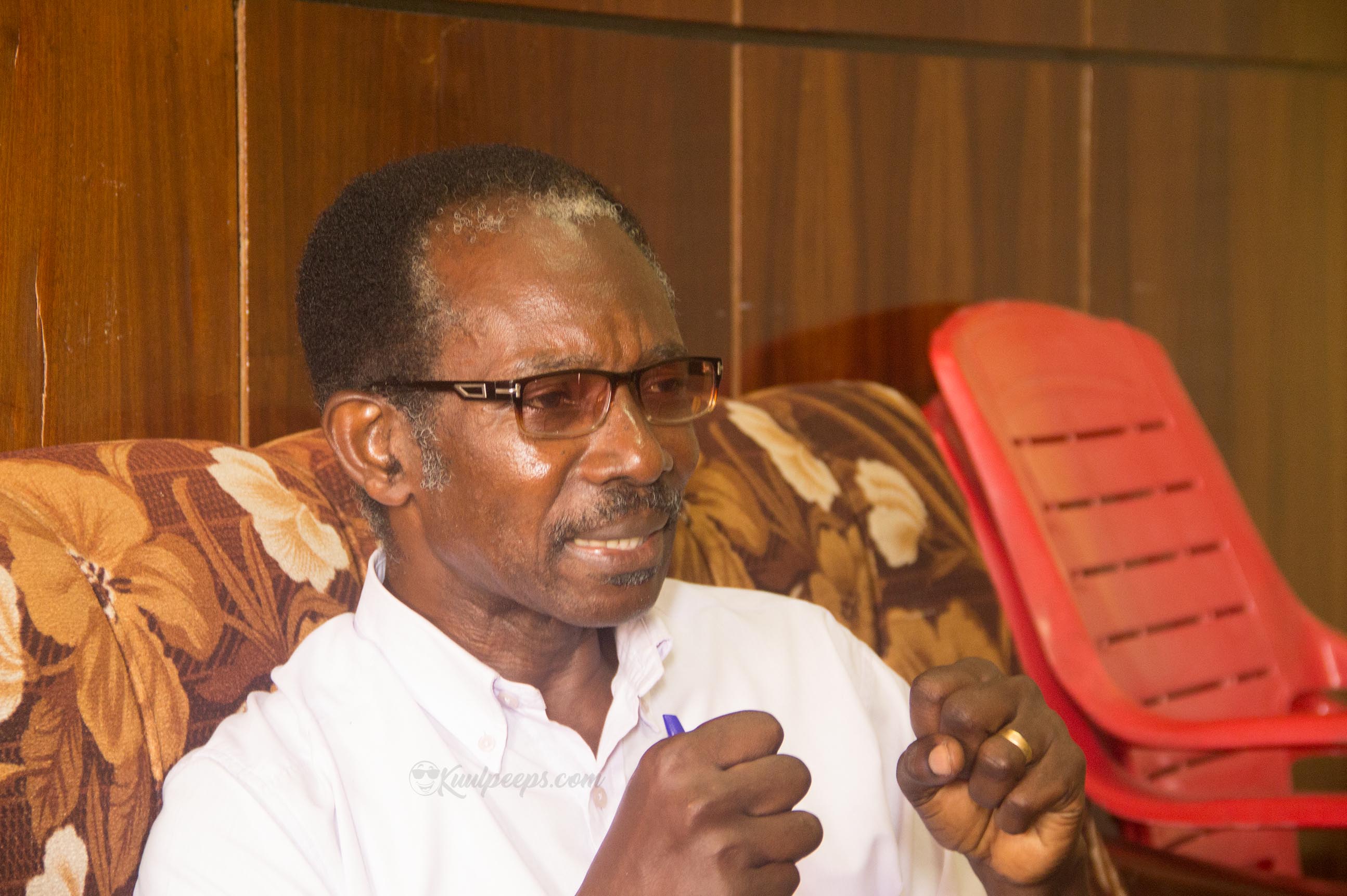 He also happens to be the longest-serving staff in Botwe.

See Also: Hello Kuulpeeps, Botwe Is Our High School Of The Month

Since we are celebrating Botwe all January, we made sure we had a chat with Mr Buabeng to talk about the extraordinary Mfantsipim School.

Kuulpeeps:  Let’s kick it off, how long have you been in Mfantsipim?

Mr Buabeng: I’ve been in Mfantsipim since 1992, where I began as a non-professional staff, but after pursuing higher education I progressed from teacher to housemaster then to Senior Housemaster and then finally to Assistant Headmaster.

See Also: 50 Pictures That Will Walk You Through Botwe

Mr Buabeng: Yeah, In 1992 I was assisting with experiments in the laboratory and I was occasionally giving teaching periods but that was unofficial.

Kuulpeeps: That makes your stay here in Botwe all of 25 years? 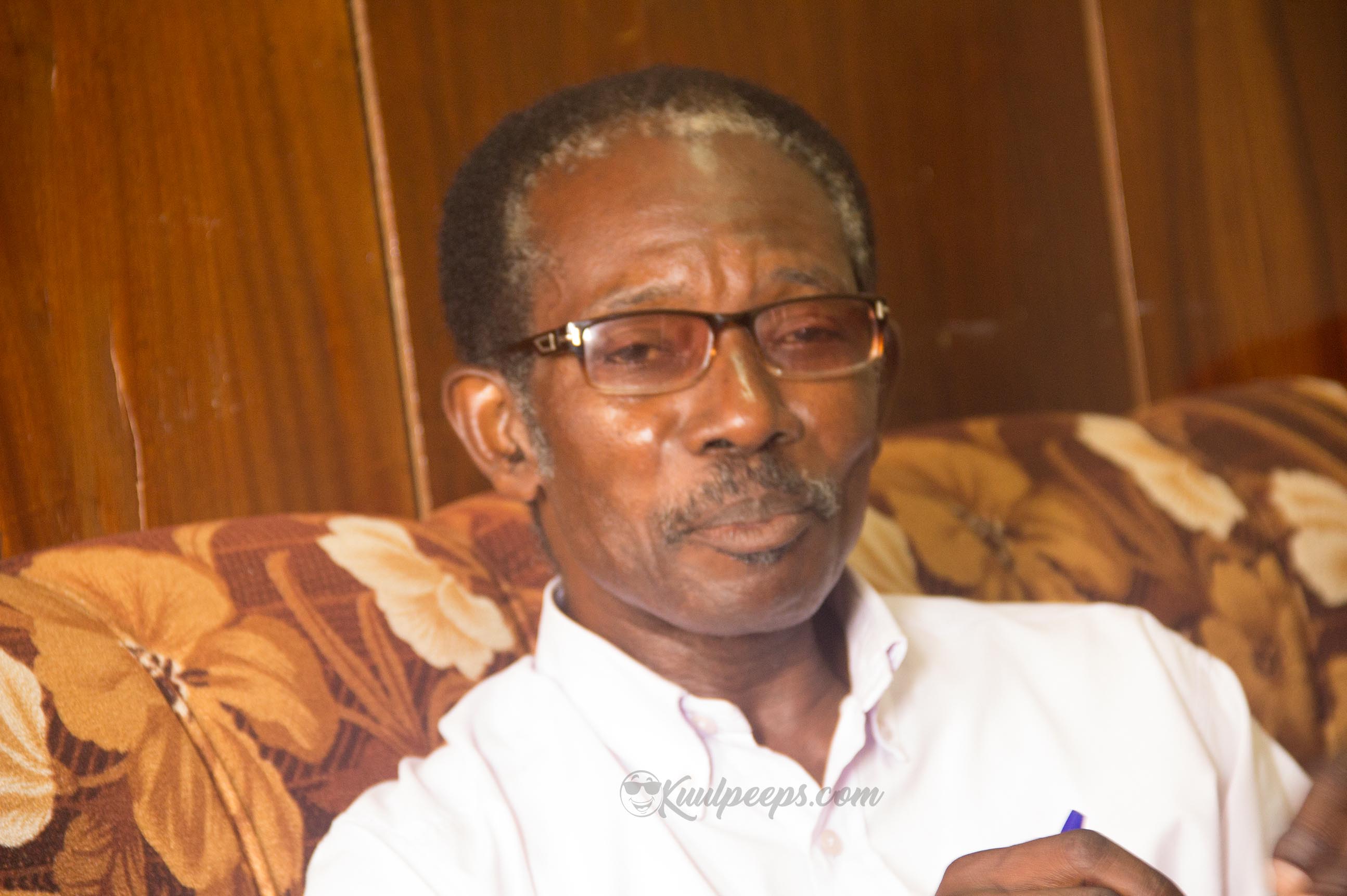 Kuulpeeps: Wow! In your 25-year career in Mfantsipim, what changes have you experienced?

Mr Buabeng: Drastic changes! From infrastructure, discipline to ethics, everything has experienced tremendous change, some from good to bad and vice versa. Through all these changes, Botwe has always stood tall and we believe it will never go down but the rate at which it’ll progress lies the problem.

Kuulpeeps: Have you felt like changing schools in your 25-year career here in Mfansipim?

Mr Buabeng: Several times! A lot! Being an old Augustine student, you’d think I’ll put less effort into my duties towards Mfanstipim, our rival school but then professionalism comes to play. My philosophy of ‘drinking deep or tasting not’ pushes me to go all out when performing my duties in this school but then naturally, it meets opposition. Whenever some colleagues and students make me feel unappreciated and unwelcomed, those moments sometimes get me considering other schools.

See Also: Here Are Some Jargons Only Botwe Boys Understand

Kuulpeeps: That’s very relatable. Anyways, what are some of your fondest memories of this school?

Mr Buabeng: I’ve experienced so many year groups but the 1999 year group stands out. I thought them Biology. They did so well in the SSCE and went on to win Mfantsipim’s first NSMQ trophy. This year group met me at the STC yard in Kumasi when I was returning to Accra and they rushed to me. Everyone was stunned. I was humbled. They were so happy and acknowledged me and that made me feel appreciated. Such experiences are humbling for every teacher. Also, I won the National Best Teacher Award in 2003 and the boys turned Cape Coast upside down. They had lined up right from the center of the town with brass band waiting for my arrival causing the townspeople to join in. That memory will always stay with me.  All these experiences motivate me to stay here in Mfanstipim whenever I think of leaving.

Kuulpeeps: How is your relationship with the students now?

Mr Buabeng: hahaha…. Well, they like me because they know they can trust me to help them whenever they’re in need and they don’t like me because I’m strict and difficult. That strikes a balance I think…lol.

Kuulpeeps: How many of your children have attended Botwe?

Mr Buabeng: None actually. I have a daughter.

Kuulpeeps: What is your opinion about single-sex schools?

Mr Buabeng: You might think I’m biased because I attended a boys school but I will always root for single-sex schools. Mixed schools help co-education, allows the two genders to learn from each other but I’ll always go for a single-sex school.

See Also: 5 Things People Say About Botwe That Are Not True

Kuulpeeps: Which place on campus is of sentimental value to you and will you miss the most?

Mr Buabeng: The classrooms of course. I’ve personally requested for some class hours because of the passion to teach.  Every teacher gets fulfilled when they’re impacting the lives of their students.

Mr Buabeng: Of course, the fallen standards of education and discipline. I think we all should be concerned about and for old boys to reach out and help restore the Mfanstipim brand.