Would you rather? Or nah?

Hundreds of people have flocked to the sex club in the city of love, Paris.

Punters are offered the services of a sex doll rather than a real woman in one of the several rooms inside the brothel.

A first look inside the sex club shows there are four different dolls.

They come in a variety of shapes, colours and sizes and are all dressed in skimpy lingerie.

Lovedoll UK provides a unique ‘try before you buy’ service, which has been branded the country’s first sex doll ‘brothel’ – meaning that clients can pay £100 to spend quality time with a plastic partner before forking out £2,000 to take her home.

The ‘brothel’, which is situated on an industrial estate in Gateshead, Tyne and Wear, in the north east of England, comes complete with a double bed, lubrication, condoms and the manikin.

He added: “I always knew that sex dolls were going to be normalised. Some guys will buy one and some guys will get a whole harem of dolls.

“You used to play with dolls as a child. These sex dolls are dolls. Maybe people just like that kind of thing.”

And a pop-up sex doll brothel has also opened its doors in Amsterdam – and was even funded by taxpayers. 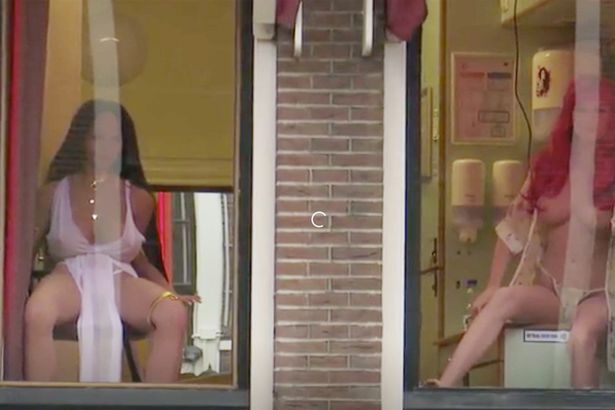 People are charged £26 a time and it has been funded by the taxpayer (Image: Getty)

The pop-up brothel charged just £26-a-session for time with the robot woman.

The unusual brothel in Amsterdam was opened by the presenters of ‘Spuiten en Slikken’ – roughly translated as Shoot and Swallow – which is a controversial show about drugs and sex on Dutch public television.

According to spokesman Thijs Verheij, the show tries to find out if the world is ready to have sex with a doll and to compare if it feels similar to having sex with a real human being.

Mr Verheij said: “Scientists state that in 30 years it will be very normal to have sex with a robot.

“With this experiment, we want to run ahead of this and investigate how people see it now.”

Mytenga founder Niels van der Voort said: “You have hollow breasts, which are softer as there is air inside.

“And you have massive breasts which are more heavy, so customers can choose.”

She said: “Think about illegal prostitution or human trafficking.

“I wouldn’t say this would be a solution for it, but in the future, if we can have sex with dolls, alongside prostitutes, it gives an optional extra which I think is awesome.”