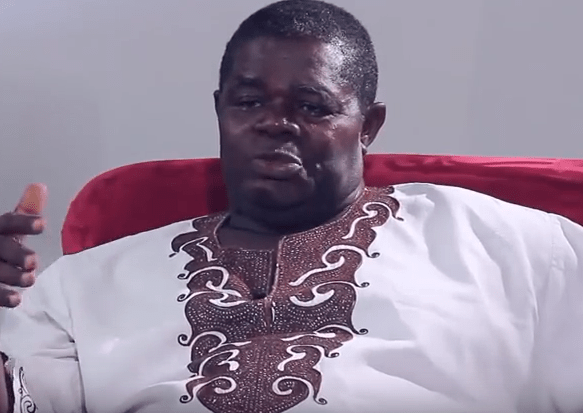 If you grew up in Ghana in the 90s there is no way you would have missed Psalm Adjetefio playing the role of TT in the hit comedy series “Taxi Driver”.

He was everybody’s favourite uncle and the only taxi driver whose vehicle you’d want to board.

Since his role as TT in Taxi Driver, Psalm has gone on to play other roles and could be considered as one of the legends in the Ghana movie scene.

But as of now, the favourite taxi driver is not the person all of us grew up to know.

He is sick and finding it difficult to raise funds to pay for his media bills and a place to call home.

“Doctors say I have an enlarged heart. The lower chamber of my heart can’t fully pump my blood and that is why my feet are swollen” TT said in a recent interview with Deloris Frimpong Manso.

He said he ought to undergo surgery to correct certain things in his body, “as doctors claim some of his organs have shifted in his body.”

As of today, he is staying at a friend’s house at East Legon. However, the house is up for sale so he has to vacate the premises.

In about two weeks time, he would be asked to leave the building and move to the GHS 10,000 two chamber and hall apartment located in Dodowa that he has secured but yet to pay for.

“I don’t have money to pay for the rent and my medical bills,” he told Delay.

He revealed to Delay that, at the height of his career, he abandoned his own children after he fell in love with a mistress.

Funny enough, those children he left behind to chase his fling have become his saviours who are doing their best to care for him.

“Sometimes you can afford only banku with the money you earn in the Ghana movie industry,” he told Delay.

To help him get back on his feet, he shared a Vodafone cash number (0502370675) in case good samaritans would send him donations.

Meanwhile, a Go Fund Me account has also been created to help raise funds to help our favourite taxi driver of all time.

Kuulpeeps.com cannot independently verify that the Go Fund Me account was created by Psalm Adjeteyfio or anybody or institution directly associated with him.

We cannot confirm that any amount raised on the online platform will reach the seasoned actor, however, if you want to help TT, it will be best to send your donation to 0502370675 via Vodafone Cash.