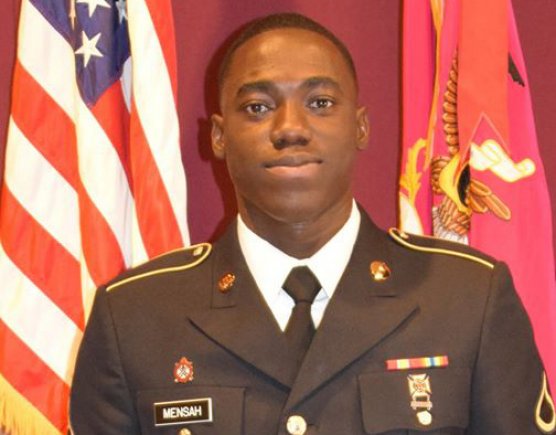 Kuulpeeps, do you remember the unfortunate fire outbreak that led to the death of a Ghanaian soldier in New York?.

For those of you who don’t, this is a little reminder.

SEE ALSO: The Ghanaian Soldier Who Died Saving Lives In New York Has Been Awarded A Medal

Now aside from being awarded a medal for his heroism, there are plans to name a street after him in New York so that everyone remembers him and his heroic stunt.

Mensah, 28, was among the 13 victims of the fast-moving fire that destroyed the Prospect Ave. building on Dec. 28. After the fire broke out on the first floor of the building, the young soldier, who was home for the holidays, saved four lives. Mensah raced in and out of the burning building at least three times bringing others to safety but he was unable to make it out himself. He died on the fourth floor, where he was trying to evacuate other residents.