Kuulpeeps – Ghana Campus News and Lifestyle Site by Students
Home Features He Is 24, A University Graduate And A Farmer, Find Out Why...
Facebook
Twitter
WhatsApp 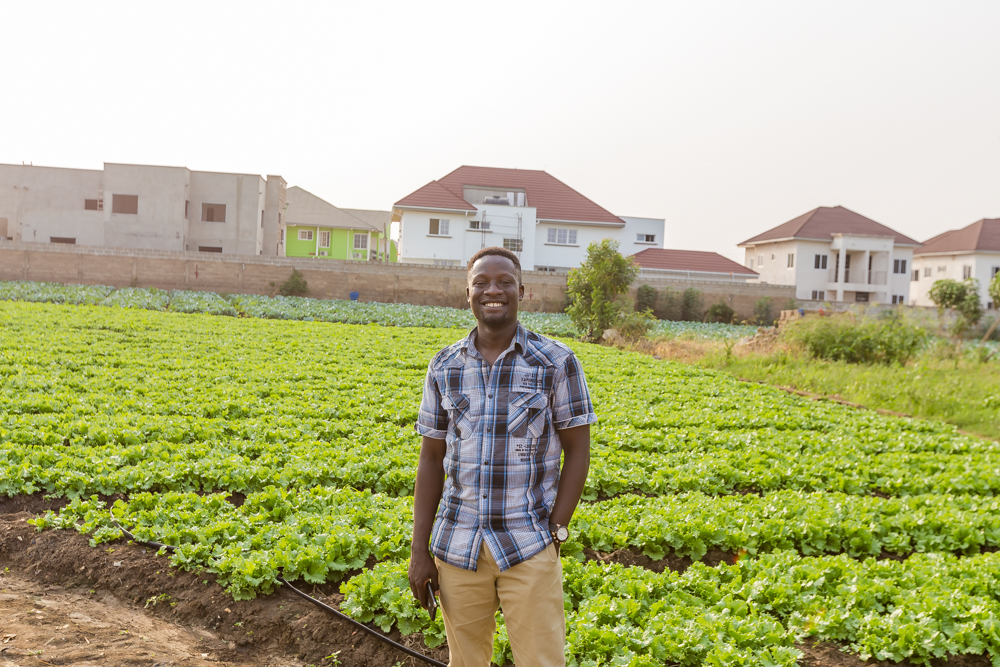 Hi ppl im a graduate 4m uni of Gh,Legon. I love farming. I grow lettuce on a large scale. Pls RT for me. My next buyer may be on your TL 🙏🏾 pic.twitter.com/qK0wcADCYR

We hit him up and he invited us to his farm for an amazing feature!

Meet Gideon, a commercial lettuce farmer who’s currently doing his National Service. He has been growing lettuce for the past 2 years on a rented land near East Legon. He currently owns over 50 nursing beds of lettuce. 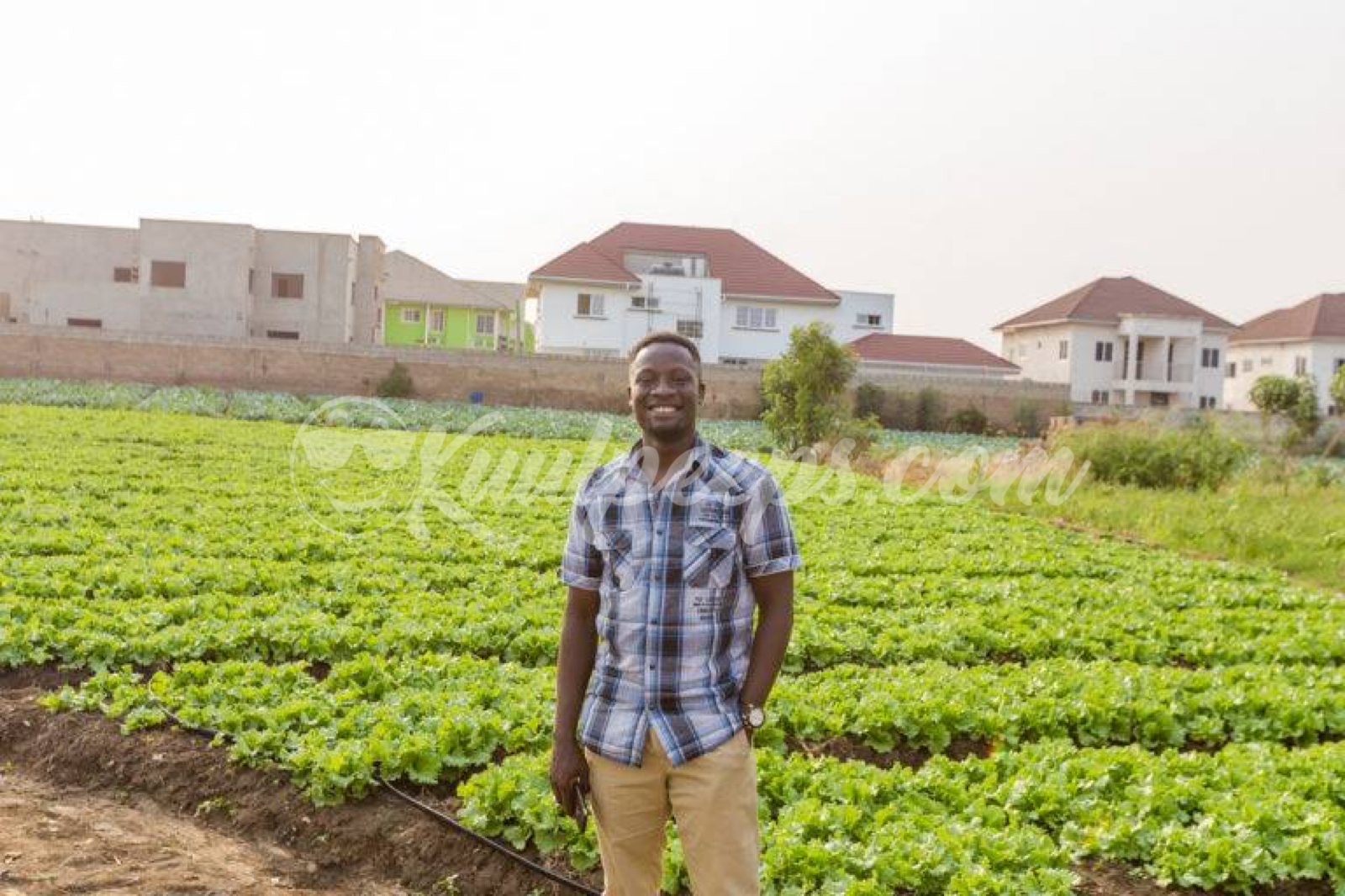 Kuulpeeps: First of all, can you tell us something about yourself?

Gideon: My name is Gideon Acheampong Boateng, I’m 24 years old and I’m a graduate of the University of Ghana where I studied Theatre Arts and Archeology. I’m currently doing my National Service at a school in Amasaman.

Kuulpeeps: What motivated you to do farming and when did you start commercial farming?

Gideon: I’ve loved farming since childhood. I’ve always had the passion to grow crops to feed people. I started commercial farming back in school when I was in level 100. 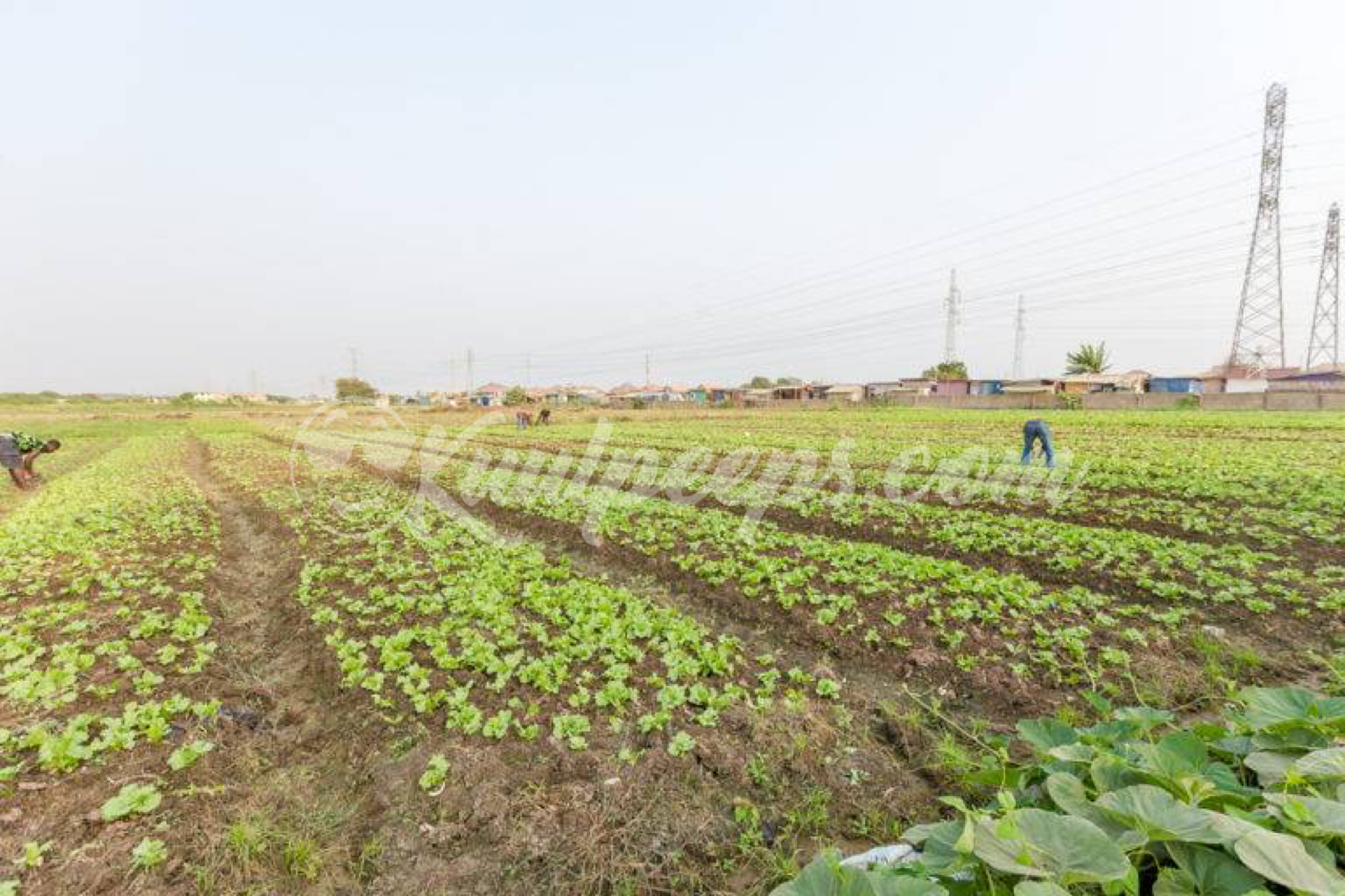 Kuulpeeps: That is an amazing thing you did. How much capital did you use in starting commercial farming?

Kuulpeeps: Which crops did you start large-scale farming with?

Gideon: I started with green pepper and tomatoes on a 2 acre land in Sewhi Bekwai, a town in the Ashanti Region. The initial idea was to grow the crops on a very small piece of land, but the owner of the land was happy a university student came all the way from Accra to start a farm in the Ashanti Region so ended up giving me an acre to grow tomatoes and green pepper. 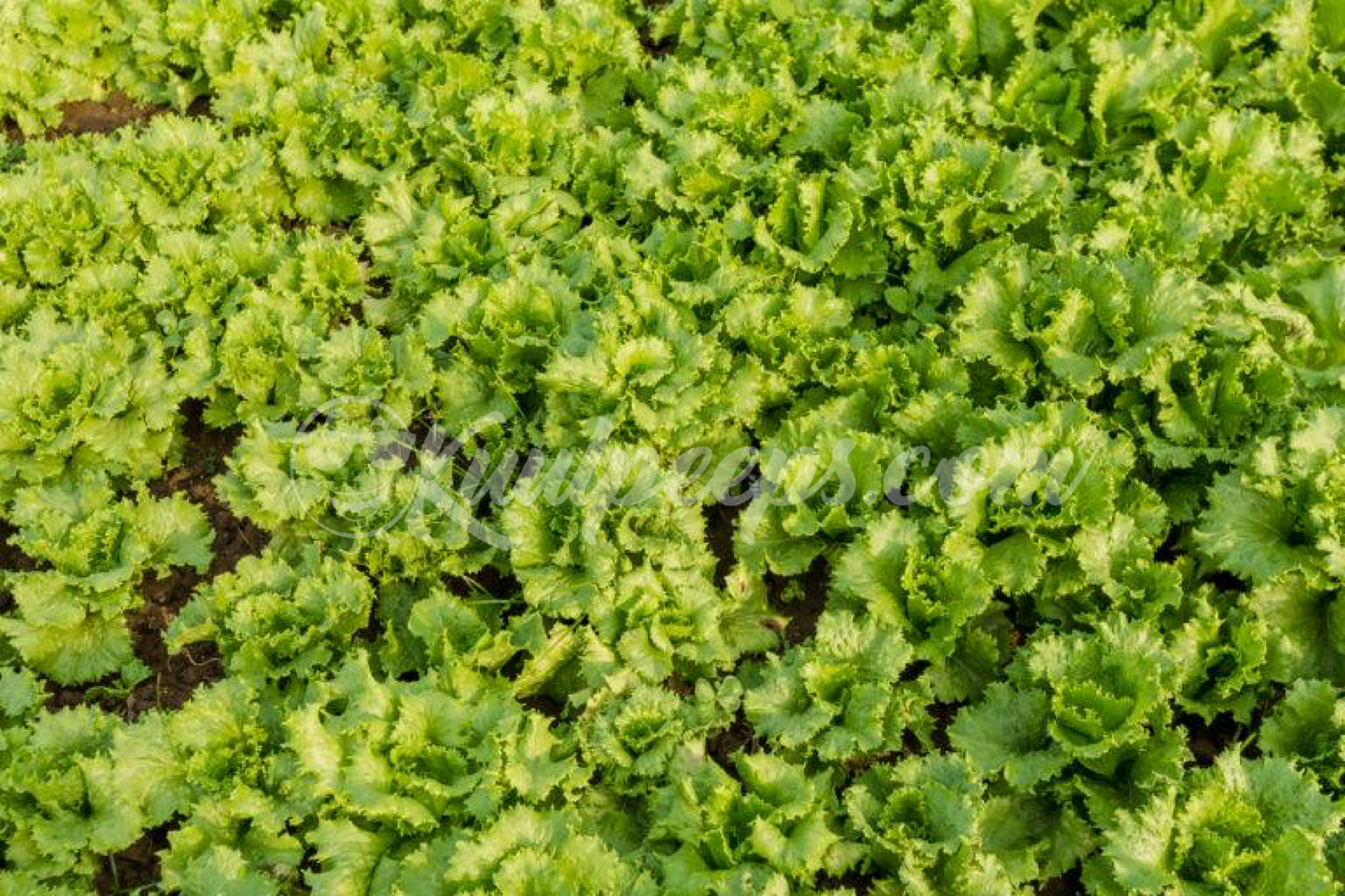 Kuulpeeps: So if you started farming tomatoes and green pepper, how did you end up with lettuce?

Gideon: First of all, producing lettuce doesn’t take so much time. It takes about 5-6 weeks from nursing to harvesting. Secondly, the main reason I moved from Ashanti Region was that I made a loss after I harvested my tomatoes and pepper. I didn’t have a good market in the Ashanti Region hence I moved my farming to Accra and changed the crop I was producing.

Kuulpeeps: Talking of market, do you have a ready market for lettuce?

Gideon: Not really, I supply two restaurants in Accra (805 Restaurant at Airport and Capo Cappuccino). Sometimes, I go to big markets like Agbogbloshie to convince the market women to buy from me. The main issue here is, the women there get supplies from Togo and they’re mostly not ready to move to a new supplier. Aside from that, I have individuals who buy from me.

Kuulpeeps: We can see that you have a 2-acre land here, how did you acquire it?

Gideon: I didn’t buy the land, as a matter of fact, I just asked for it. I was walking home one day and I spoke to the caretaker of the land about farming and he just said yes. So we decided on an amount for rent and I started working. Due to some current road demarcations inside East Legon, which passes right through Gideon’s farm, he’s planning on moving his farm to the Volta region after his service.

Kuulpeeps: Tell us, does it help to own a farm, is it lucrative?

Gideon: As I said, I have a passion for farming and I believe as individuals, it is just appropriate for us to make some money out of the things we love. Farming has been very profitable to me as it helped me pay my fees throughout the university. Through farming, I’m being able to take care of my little sister who’s also in her second year in the university. 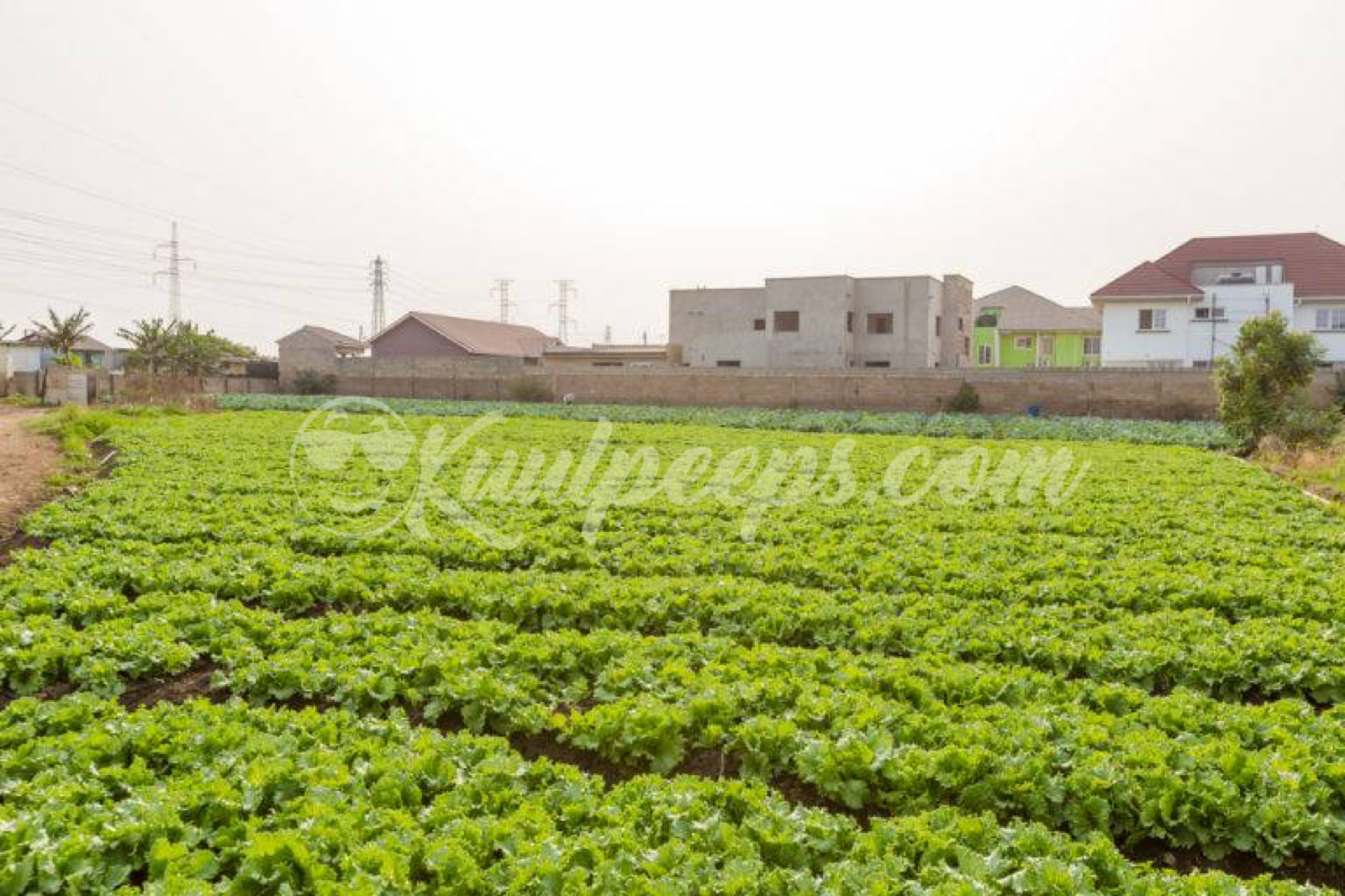 Gideon: I pass by my farm every day, before and after work. I do deliveries early in the morning before work. Note that I have to move all the way from East Legon to Amasaman for work.

Kuulpeeps: Have you had any challenges so far?

Gideon: So far, the main challenge is with distribution. Things will get better if I get get a bigger ready market. We also have a cattle problem. Sometimes they graze on the farm.

Kuulpeeps: For instance, we found you online, has social media been of any help to your business?

Gideon: Of course. I had a lot of calls after I put up a post on Twitter talking about my business. People have called to invest in my business.

Gideon’s two-acre farm has created employment for five people. His vision is to go into full-time farming after National Service and he’s sure he’ll own one of the biggest farms in the country. “In some few years to come, my farm will be a tourist site and people will travel from home and abroad to see it.”